Alexander Dennis continued to dominate the shrinking single-deck market despite deliveries of its Enviro200 diesel falling by nearly half to below 250. No other producer sold more than 40 vehicles.

The most important Enviro200 customer was Go-Ahead, which received more than 80 of which 75 were for a new council contract to provide services in Cornwall. Other significant customers included Wellglade (32 for Trent and Kinchbus) and a further 15 for Blackpool Transport.

The Blackburn Bus Company 512 (YX69 NTT) is one of 13 Alexander Dennis Enviro200s delivered to the Transdev company last year for its service 1 connecting Blackburn, Darwen and Bolton.
RUSSELL YOUNG 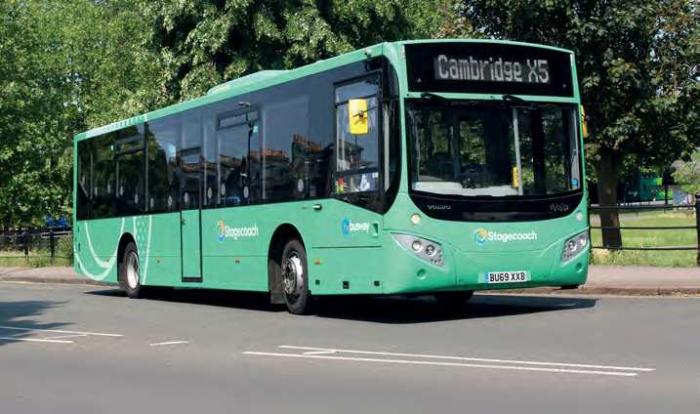 Six of the 16 MCV EvoRa-bodied Volvo B8RLEs delivered last year went to Stagecoach East for eventual use on the Cambridge-St Ives guided busway. They were operated initially on long-distance routes including the X5 (Cambridge-Oxford) on which 21364 (BU69 XXB) was photographed in June.
MARK DOGGETT 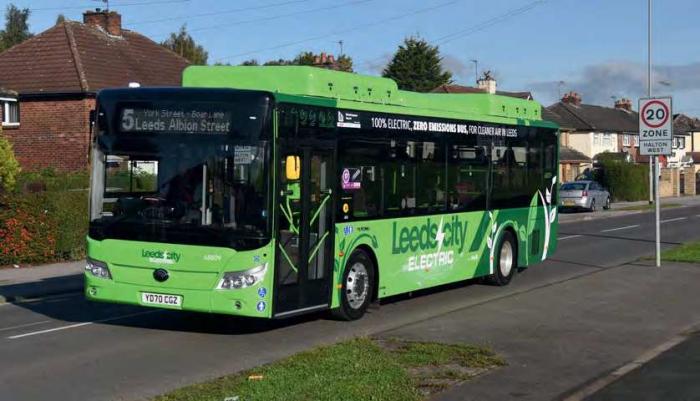 Nine of the 34 Yutong battery-electric single-deckers were 10m E10s for First West Yorkshire for Leeds city service 5. This is 68809 (YD70 CGZ).
DANIEL STAZICKER

Deliveries for Transport for London (TfL) contracts were confined to 16 for Metroline and 13 for RATP, as most contracts specifying new vehicles were switched to electric buses. That compares with 127 Enviro200 diesels built for TfL services last year. Stagecoach’s drastically reduced capital investment brought only six into its regional fleet (five at Dunfermline and one at Banbury), against over 140 in 2019.