Less is more in the new identity that The MHD Partnership has created for its imagined revival of United Automobile Services, one of England’s classic territorial bus companies before today’s groups arrived 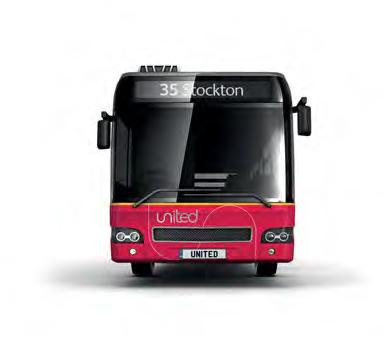 This month’s challenge for the MHD Partnership’s creative team was to imagine the rebirth of United Automobile Services, one of England’s oldest territorial bus companies. The original United Auto began in Lowestoft in May 1912, but five months later established a branch in Bishop Auckland, Co. Durham and the greater focus of its expansion after World War 1 was in northeast England. It relocated its head office from Lowestoft to York in 1926 and to Darlington in 1932. A year earlier, the East Anglia operations went into the new Eastern Counties Omnibus Company.