Seventy years of the 3RT 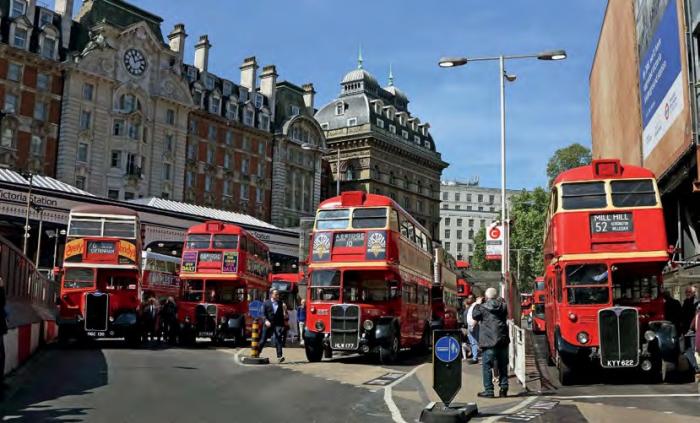 The first of London Transport’s postwar RT-class AEC Regent IIIs entered service on 10 May 1947, initially on route 10, which at the time ran between Victoria and Abridge with buses from Leyton garage.

To mark the 70th anniversary, the London Bus Museum organised a road run following the route, which included four examples of the RT3 body style employed on the first 600 postwar buses with a deep valence over the bonnet and the vertical route-plate holder on the nearside front pillar — RT190, RT191, RT1705 and RT1784.

The practice of swapping chassis and bodies, which took place at Aldenham overhaul works, means that some of these buses now carry higher fleet numbers than those originally carried by this body style.

Before the road run, the RTs were joined by the London Bus Museum’s prewar AEC Regents STL441 and RT1 and wartime Guy Arab G351 in a photocall at Victoria bus station, which was cleared temporarily of normal service buses for the occasion. From Abridge, the buses travelled to Leyton garage where they were posed on the forecourt.