Seaford rolls out its halfcabs 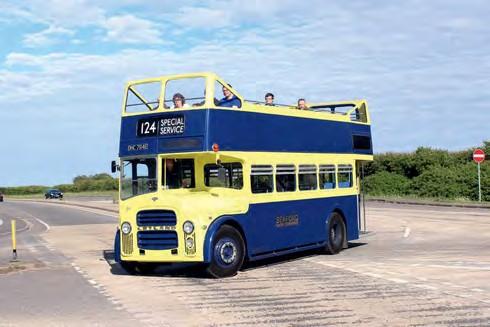 The ex-Eastbourne Leyland near Glynde in the South Downs National Park on 10 June.
RICHARD GODFREY 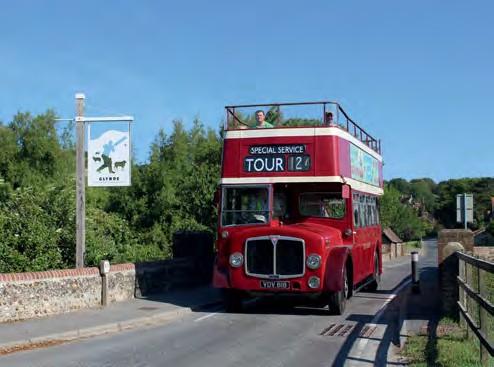 The Devon General Regent crossing the River Ouse in the village of Glynde on the first journey from Lewes on 17 June.
TERRY BLACKMAN

The next Saturday marked the company’s first use of former Devon General DR818 (VDV 818), a 1957 AEC Regent V with Metro-Cammell Orion body converted to open-top and preserved in its original red and cream. It is on long term loan from owner Dan Shears.

The 124 operates three round trips on Saturdays, Sundays and bank holiday Mondays until 28 August, connecting with Seaford & District’s Eastbourne Sightseeing tour and using open-toppers when weather permits. The company will use its social media feeds to announce on the day which vehicle is operating.