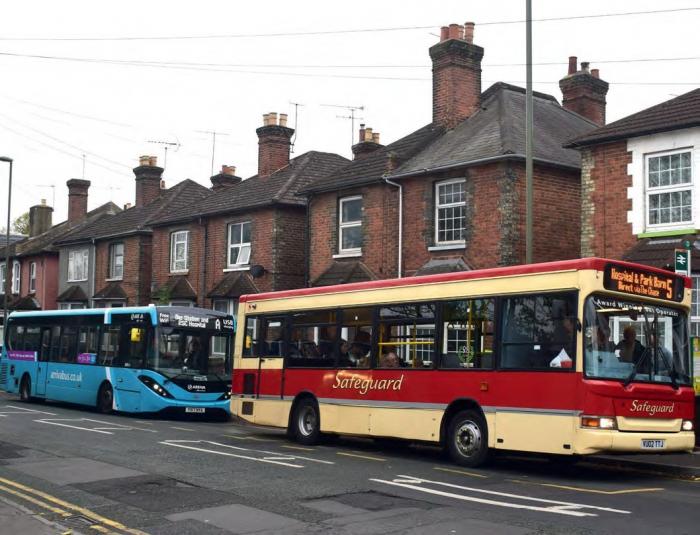 Guildford’s bus war intensified on 4 November with the launch of three new lettered routes by Arriva Southern Counties that replace its circular services 26/27.