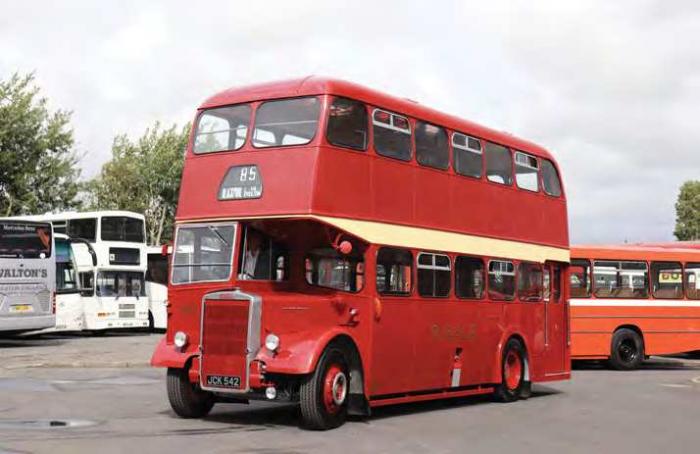 It has filled a significant gap in its collection of Ribble Motor Services vehicles with the completion of the full restoration of 1467 (JCK 542), a Leyland Titan PD2/12 with 61-seat Burlingham body, one of 120 highbridge PD2s new in 1955/56. Fifty delivered in 1955 were air-braked PD2/13s with Metro-Cammell Orion bodies. It reverted to vacuum brakes for the 1956 delivery, of which 25 also had Orion bodies while 1467 was one of 45 that HV Burlingham built in Blackpool. All but the last five had had sliding rear platform doors.

It was delivered in August 1956, spent almost 10 years allocated to Ormskirk garage before moving to Preston, Blackpool, Liverpool and Bootle, where it was withdrawn in 1972.

The Northgate Group at Aintree bought it along with similar 1431 in May 1973 to provide staff transport to its Paula Works which manufactured man-made fibres. Northgate later became part of Courtaulds.