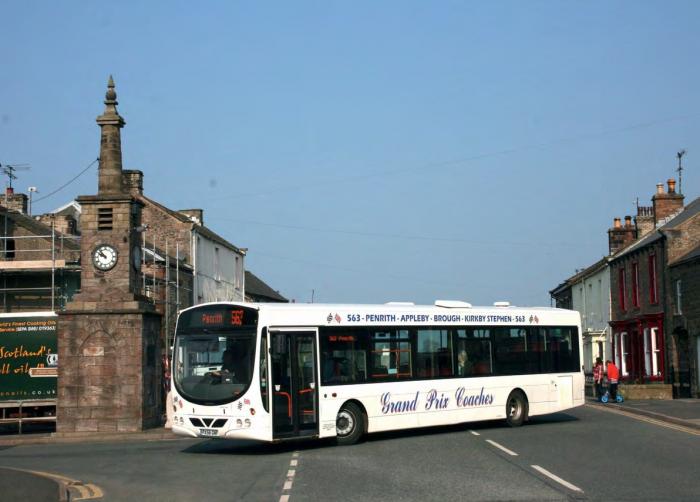 This is the story of the loss last December of the last daily bus service connecting the villages and market towns of the rural Upper Eden in eastern Cumbria with the West Coast Main Line railway and other attractions of Penrith.

The 25mile 563 linked Kirkby Stephen and Appleby with Penrith, serving various intermediate small villages on or close to the A66. Cumbria County Council subsidised it until November 2014 when it ceased supporting all non-commercial routes. Many services ended altogether then, including the 564 that connected Brough, Kirkby Stephen and Sedbergh with Kendal.