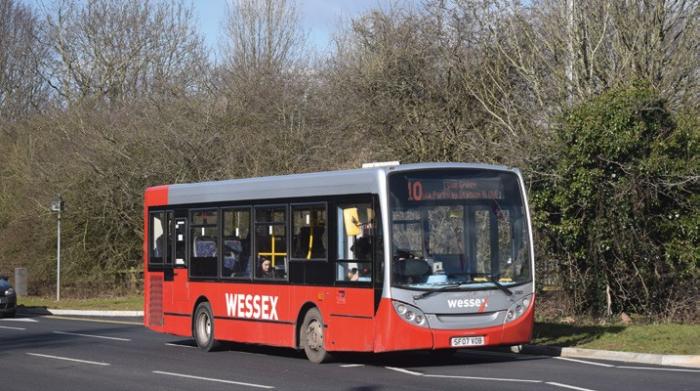 Rotala is pulling out of the west of England in a deal that sees the remnants of its Wessex Bus subsidiary sold to Stagecoach West from 2 September.

Following the loss of contracts to other operators, notably First and Stagecoach, it says the level of business has fallen to a level that no longer justifies the size of depot and overhead costs that it had in place.

It deregistered its remaining commercial services with effect from 31 August and has concluded a separate deal — due to be completed later this year — to sell the Avonmouth depot to a buyer outside the transport sector.

Stagecoach is taking over seven contracted routes along with nine Optare Solo and Alexander Dennis Enviro200 single-deckers and approximately 65 driving and engineering staff will transfer under Transfer of Undertaking (Protection of Employment) Regulations — TUPE — to its north Bristol base.

Among the contracts lost recently was for route 10, which the local authority no longer considers to be sufficiently viable for it to support.

Rotala has been active in the area since spring 2007, when the then Wessex Connect took over the bus operations of South Gloucestershire Bus & Coach. In recent years, it launched routes in direct competition with First in Bristol, but the dominant operator’s revival and expansion, Stagecoach’s move into the city and the growth of HCT Group’s Bristol Community Transport have all put pressure on Wessex.

This is Rotala’s first disposal of part of its business to a larger group. Much of its growth until now has come from the acquisition of businesses that big groups have either chosen to sell or been required to sell to satisfy competition authorities. Its core West Midlands operations came from Go-Ahead and First, its expanding Preston Bus subsidiary from Stagecoach and part of its Hallmark operations at Heathrow from National Express.

The sale of Wessex was foreshadowed in its recently published annual report in which it indicated that it hopes to grow in areas where bus service franchising is introduced, particularly in Greater Manchester and the West Midlands.

‘The speed with which changes are likely to happen is…difficult to gauge with any certainty,’ it says. ‘In the West Midlands we anticipate a gradual introduction of bus alliances covering a number of routes in the next few years.

‘Transport for Greater Manchester seems to be positioning itself to implement any mayoral direction to take control of bus networks but this decision could be a year or two away. In the south-west, the rate of progress is uncertain and so it is difficult to formulate a definite view.’

It goes on to add: ‘In the south-west, the lack of clear direction has dissuaded us from making any further investment in the near term and we are content to await developments there.’ The sale suggests that it will now await them as an outside observer.