RISING TO THE CHALLENGE

Yorkshire independent Harrogate Coach Travel, better known as Connexions Buses, celebrates its first 20 years of operation with a rally and running day on July 17 at Wetherby Racecourse. Managing director and founder Craig Temple tells ANDREW JAROSZ how difficult and frustrating it can be to run a small undertaking. 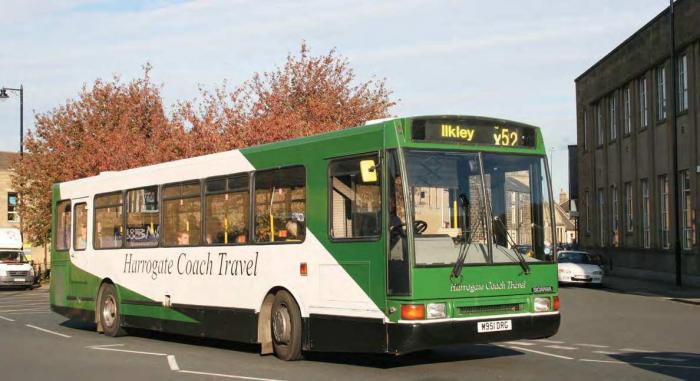 Scania L113CRL M951 DRG was originally purchased by Busways of Newcastle, as part of a trial of various single-deck options for the future. Sporting Northern Counties Paladin bodywork, it was acquired in 2009, and is pictured entering Otley Bus Station in October 2010, on its way to Ilkley.
ANDREW JAROSZ

Encouraged by my father’s passion for older buses, I quickly decided that I would like to own my own bus company,” explained Craig Temple.

“I had great ideas of what my company would be like and the interesting fleet of buses that it would operate, as it competed with the lumbering faceless giants. Reality hit home when I finished my A-levels and failed to secure the job to launch my career in the industry.

“My second choice was to study a broad degree, just in case I saw sense, and decided the public transport industry wasn’t the best move.”