Return of the Royal Blue Run 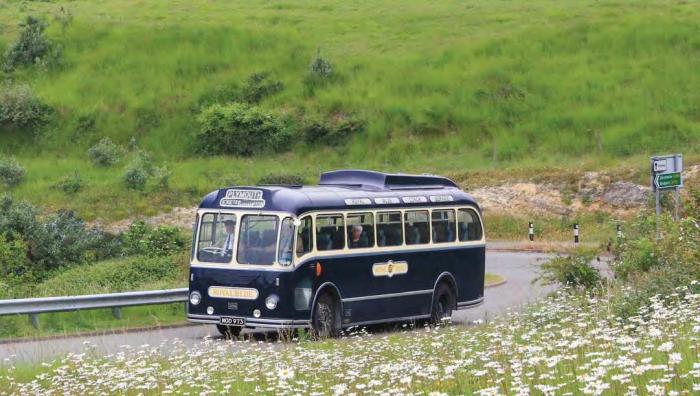 Twelve preserved coaches and one modern service bus took part in this year’s Royal Blue Run through nine counties across the south and west of England.

This 20th run, organised by the Thames Valley & Great Western Omnibus Trust, was the first for two years and adopted the themes planned for the postponed 2020 event. Over four days from June 18 to 21, it marked 141 years since the foundations were set for the Royal Blue company and 101 since the National Omnibus & Transport Company was registered.

The route, starting in Harlow and finishing in Stroud, connected the territories of the Eastern National, Southern National and Western National companies and went through the towns in Essex, Dorset, Devon, Cornwall, Somerset and Gloucestershire in which they had major depots, while also visiting Bournemouth, where Royal Blue had its headquarters. It reached Southampton on the first day, Plymouth on the second and Barnstaple (via Newquay) on the third.