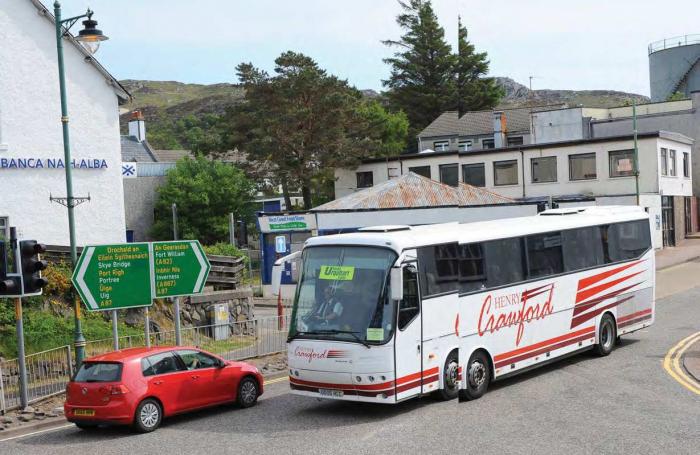 OO05 HCC, a Bova Futura, at Kyle of Lochalsh in June 2016 while operating a David Urquhart holiday based at the Garve Hotel, 54miles to the north-east.
IAN D MILLAR

Closure of the Neilston-based Henry Crawford Coaches family firm brought 50 years of service to an end when the proprietor retired in April. Henry Crawford had established the business by 1972, when a successful application was made to continue the express service between East Kilbride, West Mains and the Weir Pumps factory in Glasgow’s Cathcart, previously provided by Southern Coaches, Barrhead. A further move into providing workers’ services came three years later when it took over the Bridge of Weir-Bishopton Royal Ordnance Factory service of Edgar, Lochwinnoch.