First has neither confirmed nor denied a business press report that the group is negotiating the sale of its loss-making operations in Greater Manchester.

The Daily Telegraph reported in early February that the group is preparing to pull out of the city region and that it may sell the three remaining depots at Oldham, Bolton and Manchester Queens Road to separate buyers. Together, they operate around 550 vehicles.

It is one of the beneficiaries of the Ultra Low Emission Bus Scheme grants for electric vehicles announced in February (see this page). The report also suggests that First might sell them for as little as £20million. It paid £47million in 1996 for GM Buses North, the core part of today’s business, and in 2012 sold its Wigan operations to Stagecoach for £12million.

First told The Daily Telegraph ‘We don’t comment on market rumours or speculation. We keep all bus services, depots and the business portfolio under constant review so we can be responsive to changes in market conditions.’ 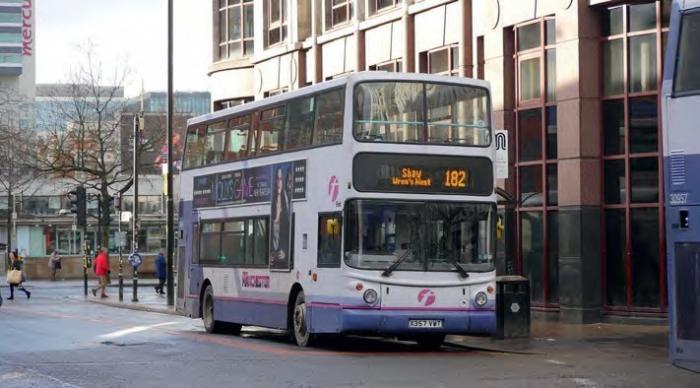