VIDEO OF THE MONTH 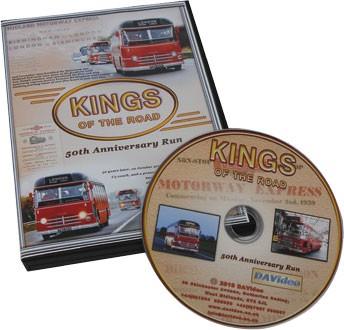 Title: Kings of the Road

This newly released DVD is the record of an event nine years ago, the special run on 31 October 2009 from Birmingham Digbeth to London Victoria and back with two preserved Midland Red coaches marking half a century of motorway coach operation in Britain.

The 1959 BMMO C5 and 1965 CM6T are accompanied by a then new Caetano Levante in National Express colours, but the preserved coaches are the stars, filmed inside and out by a crew of six movie and two still camera operators, some of it shot expertly from a car following the coaches on their nostalgic round trip.