The French state-owned group will integrate the 110-vehicle Quality Line operation into its London bus division from 26 June, keeping the name and Epsom depot, but placing it under the same management team as London United and London Sovereign. Operation of the contract to provide Kingston University services will transfer then from London United to Quality Line.

Epsom Coaches’ contract work for National Express will continue with four vehicles, but its 17-vehicle private hire, tour and holiday business is to close and will be wound down over the summer. An order for four new triaxle Mercedes-Benz Tourismo coaches, due for the coming season, has been cancelled.

Epsom Coaches has been trading since 1920 and has been in RATP ownership since April 2012.

In a message to London staff, RATP Dev’s chief executive officer for Great Britain and Ireland, Tim Jackson, says: ‘We believe that these changes will allow us to compete more effectively for Transport for London work, to concentrate on our bus and contract coach hire and ultimately enable the Quality Line business to grow, ensuring a successful, longterm future for the business.’ 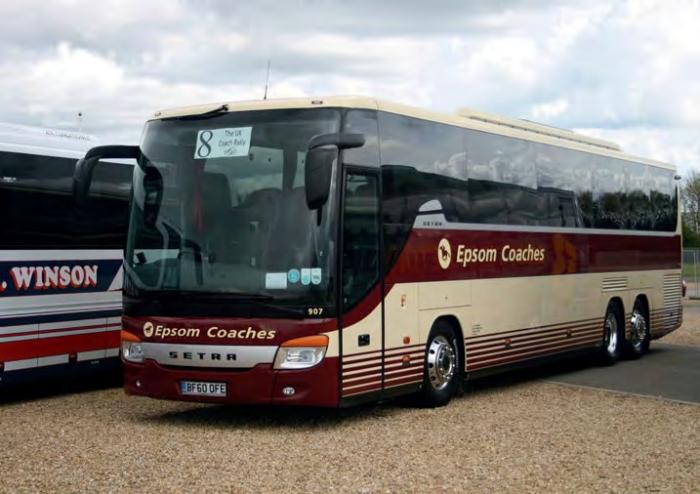