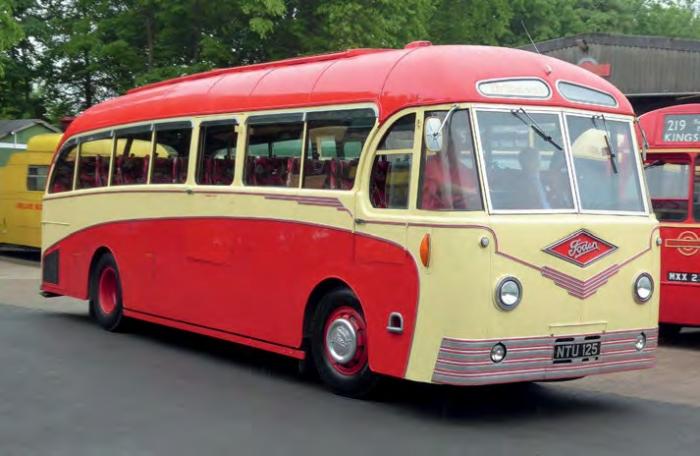 For the first time, trophies will be awarded to vehicles attending this year’s Buses Festival at the British Motor Museum in Gaydon, Warwickshire on Sunday 20 August.

Trophies will be presented on the day for the Best Restored Vehicle, Best Modern Vehicle and Farthest Travelled Vehicle. All vehicles entered, either for static display or to provide rides in and around the museum site, will qualify for judging.

The oldest vehicle entered at the time of going to press is preserved London General S433, a 1921 AEC single-decker, while one of the newest is a 17-registered Mercedes-Benz Tourismo from Rambler of St Leonards.

Among those expected to provide some of the rides on the day is NTU 125, Roger Burdett’s 1951 Foden PVRF6 with centre entrance Metalcraft coach body preserved in the livery of Staffordshire independent Hollinshead Coaches. This coach, which was a star performer at Buses’ 60th anniversary gathering in 2009, was ahead of its time with a rear-mounted Foden two-stroke engine that makes it sound as unusual as it looks.

These are among several vehicles not seen at previous Buses Festivals. We are still taking bookings for more vehicles to attend and expect around 100 restored and modern buses and coaches.

There also will be the usual mix of trade stands selling bus related items — including models, books and other collectable memorabilia — many of them inside the museum, offering weatherproof browsing.

The museum is a big attraction in itself, telling the story of the British motor industry through a collection of several hundred displayed cars and commercial vehicles that include a 1920s London S Type double-decker.

All tickets bought between now and 11 August cost significantly less than those purchased at the admission gate on the day. Advance adult tickets are £10, a saving of £4 on the £14 gate price and £2 on the £12 concession rate. Child tickets — for those aged five to 16 — are £6 in advance, £3 less than the £9 gate price.