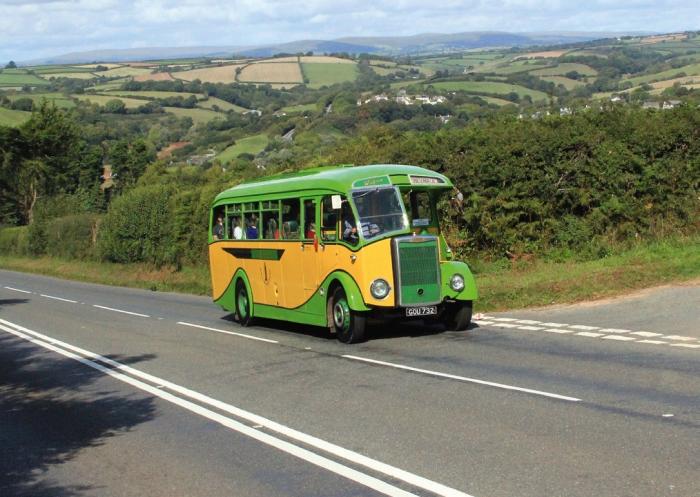 GOU 732, Roger Burdett’s 1949 Tilling Stevens K6LA7 with Scottish Aviation 35-seat body, climbing a steep hill on A379, on its way back to Kingsbridge, with the South Hams countryside including the village of Aveton Gifford in the background. DWR PICTURE LIBRARY 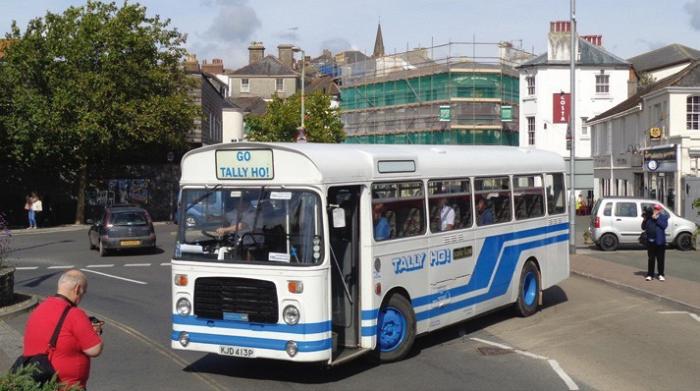 Leaving Kingsbridge for Hope Cove on route 100 is preserved Tally Ho! KJD 413P, new as London Transport BL13 in 1976. This ECWbodied Bristol LH6L was one of 32 once owned by Kingsbridgebased Tally Ho! and its last in service. CHRISTOPHER CARTER 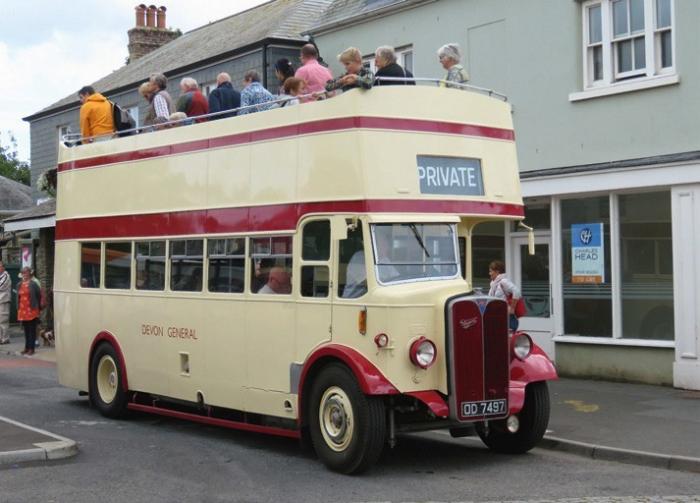 Among the preserved double-deckers participating, one of the most popular was Devon General DR210 (OD 7497), an open-top Short-bodied AEC Regent new in 1934, which made its first public appearance in six years at Kingsbridge. DAVE BICKLEY

This year’s Kingsbridge 7ft 6in Vintage Bus Running Day in south Devon on 15 September was another record breaker with 6,581 passenger journeys on 43 vehicles and 25 routes.