MALCOLM FLYNN was impressed not just that the council still publishes a printed timetable book with maps for Anglesey, but that he was able to pick one up in a village shop when visiting the island

My wife and I stayed recently at a hotel just outside Cemaes, a small seaside village on the northern coast of Anglesey. We both have Welsh concessionary passes and were keen to spend a day exploring the island by bus, but a quick look on Traveline Cymru just before we set off failed to come up with any services in the area. 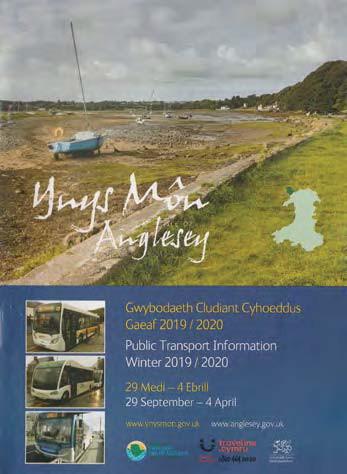 Thinking it was bereft of bus services, we were surprised to see a Lewis y Llan bus pass through the village on its way to Amlwch on the first day. With no internet access in the hotel, we called into the general store asked if, by chance, it had a copy of the Ynys Môn (Isle of Anglesey) bus timetable. To our surprise, we were presented with one. That evening, we planned a day out travelling from a bus stop close to the hotel to Holyhead, Llangefni, Bangor and Amlwch.