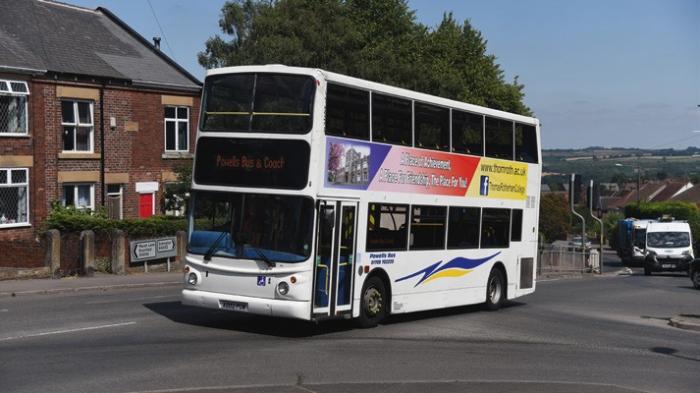 HCT Group has completed its first acquisition of a commercial bus operator with the purchase of Rotherham-based Powells Bus. The deal, concluded on 24 July for an undisclosed sum, is the first since the London-based community interest company secured £17.8million of funding to buy commercial operators and turn them into social enterprises, investing part of their profits in the communities they serve.

Powells, with a fleet of around 30 vehicles providing local routes, school transport and private hires in the Rotherham and Doncaster areas, takes the combined HCT business — originally Hackney Community Transport — up to around 760 vehicles with 14 depots in Yorkshire, London, Bristol, Jersey and Guernsey. It already has operations in West Yorkshire and Hull.

‘We have been working in Yorkshire as CT Plus since 2004 and are looking to expand our operations,’ says HCT chief executive Dai Powell. ‘We have been looking for three things in our first acquisition.

‘The first was a business that was a good match for our own in terms of services operated. The second was a business where there were significant opportunities for growth. The third is arguably the most important – we believe that local services have a real social impact for communities and we sought out an operator that felt the same way.

‘We think that this acquisition is a sign of things to come for HCT Group. A social enterprise buying a commercial operator – with a view to turning it into a social enterprise – is a great way of providing public services for public benefit.’

Jane Powell of Powells Bus says: ‘HCT Group really understands the ethos we have built here at Powells. It has a genuine track record of providing local services in the communities where it works and, like us, it knows what our services mean to the people that use them; that they are vital lifelines.’

Founded as a coach operator in 1950, Powells branched out into buses in 1995 when general manager John Evans — who had worked for SUT in Sheffield — joined from Wilfreda Beehive, developing commercial routes around school contract commitments.