RHODRI CLARK examines the buses in service in one of the UK’s most polluted towns, and asks why green bus funding hasn’t reached it 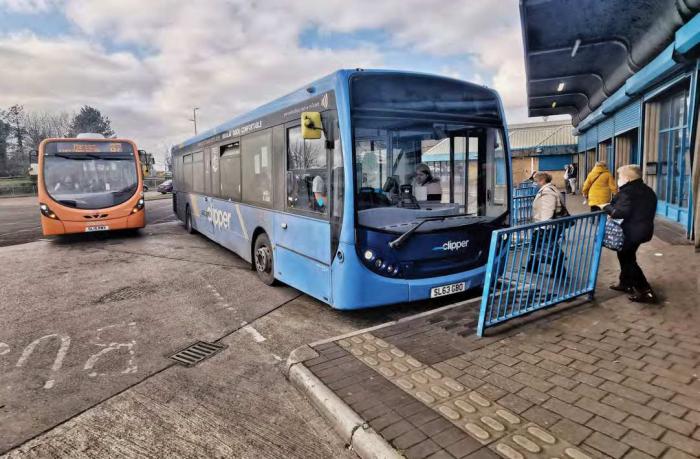 By any objective assessment, Port Talbot should have been one of the first places in the UK to receive electric or hydrogen buses. The town suffers from some of the worst air pollution in the UK, partly because the UK’s largest steelworks stands between the sea and the southern end of the town. The prevailing westerly wind sweeps the industrial emissions towards nearby houses, beyond which there is a steep hillside.

The M4 motorway passes north to south through Port Talbot, slicing through residential areas in places. The long-established 50mph limit on one section avoids worse pollution had 70mph been the limit, and in 2018 the Welsh Government reduced the limit to 50mph on an adjoining section to reduce pollution from through traffic. Local traffic also contributes to poor air quality. Here the bus has a role to play. Significant investment by Newport Transport and Cardiff Bus in electric buses is expected to convince some motorists to ‘make the switch’, because the buses look so fresh and environmentally friendly.