Former Arriva regional managing director BOB HIND has been back on his travels aboard the nation’s buses, with a new series of rides this time around the national parks, beginning in spring 2017 in Derbyshire where a reader recognised him 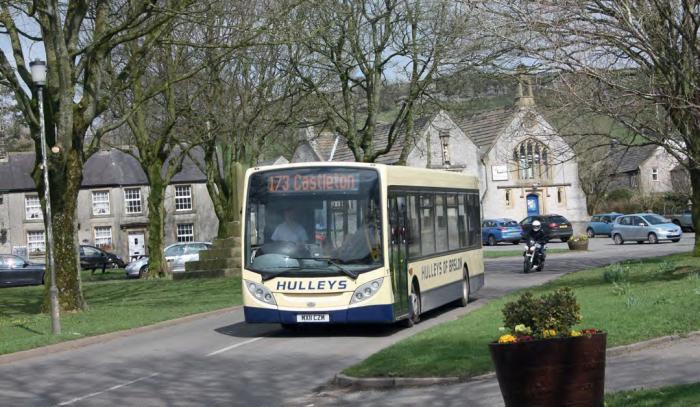 Hulleys 17 (MX11 CZM), an Alexander Dennis Enviro200, in the village of Litton, near Tideswell while operating route 173 (Bakewell-Castleton).
JOHN YOUNG

There is much hypocrisy written and spoken about air pollution.

Politicians criticise diesel-guzzling, smoke belching PSVs as one of the major contributors to air pollution, ignorant of the iterations of Euro controlled engine emissions and the millions spent by the industry to attain these standards. And ignorant that the average bus keeps another 50 polluting vehicles off the road. Bus passengers are true environmentalists.

So I was interested to see how an organisation, which used the slogan ‘Britain’s breathing spaces’, embraces public transport for visitors to some of the most scenic areas of the mainland.