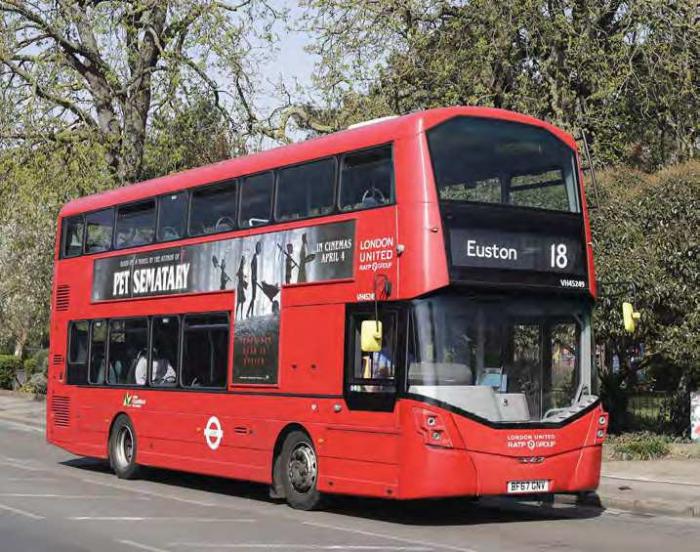 For the fourth year running, route 18 (Euston – Sudbury) retained its position as London’s most used bus route although passenger numbers were only around twothirds of those carried in 2019-20.
MARK LYONS

Transport for London has published its annual bus usage report for the period to March 31, 2022. As with 2020-21 the continuing impact of Covid-19 restrictions on passenger numbers means that it is difficult to make meaningful comparisons with previous years. In addition, the adoption of centre door boarding between April and June 2020 meant that there was very little passenger data collected for that period.

All daytime routes saw an increase in patronage compared to the previous year, ranging from 17% for route 507 (Victoria – Waterloo) to over 200% for route 423 (Hounslow – Heathrow Airport Terminal 5). The low increase in patronage of route 507 shows the ongoing impact of working from home on central London commuter journeys. The apparent growth in use of the 423 is in part due to the ending of the Heathrow Freeflow arrangements in June 2021. Prior to this, passengers boarding within the Freeflow zone were not required to “tap in” which led to an under-recording of numbers. Several night services also saw passenger numbers grow by over 200%, no doubt reflecting the almost total closure of the night-time economy for much of 2020-21.