Optare on brink of DD order 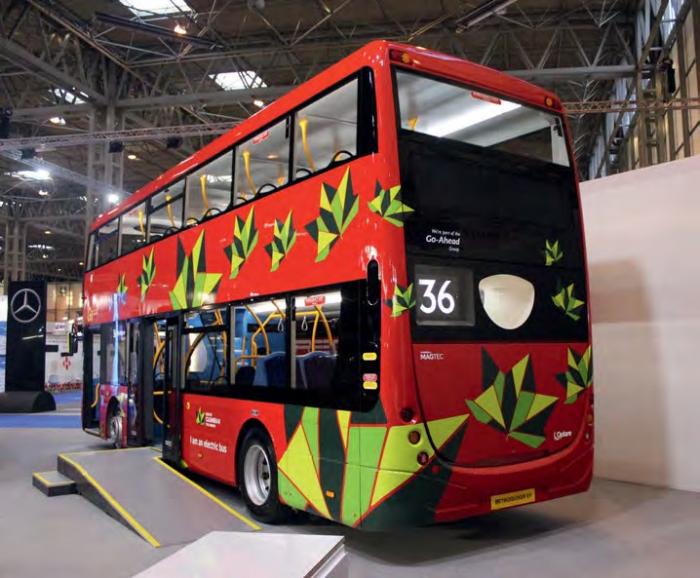 The prototype MetroDecker EV was exhibited at Euro Bus Expo in November and is set for trials in London.

Three years after it was unveiled in public, Optare is on the brink of securing its first order for the MetroDecker double-decker. City of York Council agreed in May to the terms of a new eight-year park-&-ride contract with an un-named bidder — believed to be current operator First — that specifies three of the battery electric version of the MetroDecker for part of the operation.

Optare has always believed that the lightweight MetroDecker — a true integral built out of stainless steel — has particular potential as an electric rather than diesel vehicle and showed a battery powered prototype at the Euro Bus Expo show last November. It declared an unladen weight of 10.3tonnes and a range between charges of 110miles for that vehicle, with range extending potential to take that closer to 150miles.

In its first existence, that prototype — destined for trials with Go-Ahead London later this year and painted in London red — was the blue-liveried dual-door diesel demonstrator displayed outside the London Transport Museum to mark the Indian-owned UK manufacturer’s return to the double-deck market in May 2014.

The electric double-decker uses similar driveline technology to Optare’s electric single-deck range, including the 12 Versa EVs that First operates in York, 11 of them as part of the park-&-ride service; they were new in 2014/15.

After a false start last year that has led to two extensions of its existing park-&-ride contract with First, the council has voted to accept a bid from an unnamed operator for a new contract taking effect from January 2018, by which time a new livery and brand identity will also be agreed. It will not identify the successful bidder until the contract is signed later this year — it says the process could take weeks or months — but elements of the bid leave little doubt that the company concerned is First.

In particular, it refers to the use of four additional double-deck diesel-electric hybrids on Saturdays from the city fleet in place of diesel vehicles used currently. First has four such vehicles in York, Wright Gemini 2HEV integrals built for its London fleet in 2008 and re-engineered in 2013 to New Routemaster standards. It also specifies the use of 11 Optare Versa EVs to two sites.

Double-deck operation is the biggest change in the new contract, which increases the base fleet from 37 to 38. Besides the Versas, the present all-week service has a dedicated fleet of 26 diesel single-deckers — 15 Mercedes- Benz Citaro bendybuses and 11 Wright Eclipse Urban-bodied Volvo B7RLEs.

This time round, there will be six new Euro6-engined Citaro O295 bendybuses for the Rawcliffe Bar service, which passes under low bridges, while 18 Alexander Dennis Enviro400 MMC double-deckers, also with Euro6 diesels, and the three MetroDecker EVs will replace the other single-deckers.

The council says ‘significant improvements’ in fuel efficiency will arise from replacing bendybuses with double-deckers. The council and operator will take advantage of any future government funding schemes to secure financial support towards the purchase of the MetroDeckers, which will serve the Monks Cross site.

Other changes to the contract include overnight car parking for up to three consecutive days at Askham Bar and Monks Cross, available during bus operating hours, to encourage visitors using hotel and other accommodation to use park-&-ride.

The daytime frequency will be 10min on all routes, reducing to 15min in the evening, but although the council has agreed to increase hours of operation on Sundays, it has decided against longer evening operation. The adult return fare rises from £2.90 to £3.10 in 2018, increasing within prescribed limits at the operator’s discretion from 2019 onwards. 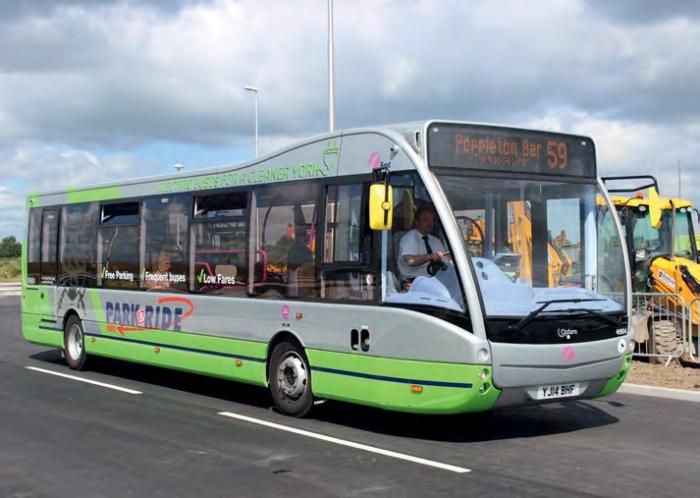