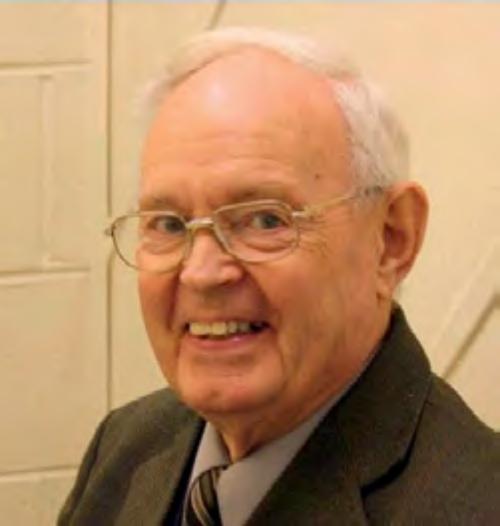 Alan Mills, who died on 31 January aged 86 (Buses last month), was the driving force behind the Omnibus Society’s extensive library and archive.

Formerly at Coalbrookdale and since 2007 at Walsall, it houses timetables, enthusiasts’ records, photographs and tickets under one roof. Mills, a retired school headmaster, envisioned an integrated archive back in the 1980s and achieved this goal through a combination of his own hard work and by encouraging others to help him. ‘He motivated volunteers into a sense of their own autonomy, giving them inspiration and making their work an enjoyable pastime,’ says OS colleague Ted Gadsby.

He was born in Kegworth, Leicestershire in 1931 and by the age of five could distinguish, in darkness, between the engine sounds of an oncoming Barton or Midland Red bus, ensuring that he and his mother boarded the correct one.

He was schooled at Loughborough Grammar from 1941. Becoming a student conductor for Barton, after training at Chilwell he was posted to his home village depot. Recalling his love for this idiosyncratic operator, he related many Barton stories of vehicles, routes, low bridges, floods, Saturday late evening full loads (93 passengers in a 39-seater) and accounted for one Barton disposal, abandoned on the beach at Dunkirk in 1940. In 2011 he wrote up his memories for the Kegworth Museum.

Mills was one of the best-informed transport enthusiasts of his time and was consulted throughout his life. ‘You could name any village in the land and he would tell you the name of a local bus proprietor and his vehicle,’ says Gadsby. ‘His memory database lay in an invincible knowledge of civilian British two-letter vehicle registration marks (1903-74). He knew their history, date and place of origin.’ His own cars always bore the registration AM 60.

In the late 1950s his abilities helped solve a vehicle recording issue. The OS had been first in the field of vehicle recording in the 1930s but by 1960 had ceded this to the PSV Circle, which he had by then joined, serving 50 years as West Midland sub-editor.

With others, he spent many hours in dingy local authority basements, extracting vehicle licensing data and visiting manufacturers, many such records being subsequently destroyed. Historians owe a great debt to such transport archaeologists. Mills personally compiled many fleet histories and manufacturers’ monographs.

He was a member of the OS for 66 years, 52 of them as a member of its governing council, and served as archive director and vice-president. He served on the Midland Branch committee for 53 years, 33 as chairman, his teams organising hundreds of events; for 30 years he was a staunch supporter of the society’s Provincial Historical Research Group.

Fifty transport enthusiasts and friends from as far as Kent and Scotland attended his funeral in Walsall on 21 February. These included representatives from the PSV Circle and Light Rail Transit Association. Stagecoach Midlands’ Stratford Blueliveried Routemaster provided fitting transport from Birmingham.