Northumberland Park gets its spark 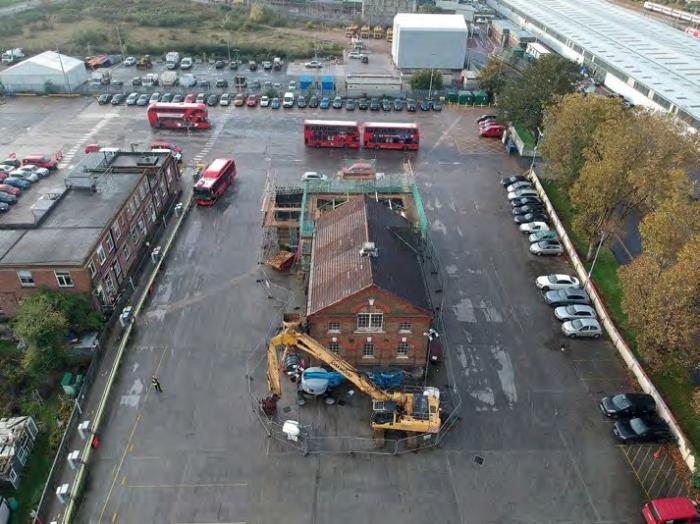 Aerial view of reconstruction work at Northumberland Park, with the soon-to-be-demolished 1896 pump house in the foreground and scaffolding surrounding the wing that will be retained.
BRAD CAMPBELL

Go-Ahead London has begun preparing its Northumberland Park garage in north-east London for the introduction of 62 battery electric buses on five routes in the first half of next year, four of them double-deck (Look in on London last month).

All the new buses will built by the BYD/ Alexander Dennis partnership. BYD will produce the chassis for the 13 SEe-class Enviro200EV single-deckers at Komárom in Hungary and those for the 49 Ee-class Enviro400EV double-deckers at Shenzhen in China. The first of the double-deckers are already under construction and some of these will be capable of exporting power back into the grid.

The initial vehicles are required for the transfer of double-deck route 212 (Chingford- Walthamstow) and single-deck 444 (Chingford- Turnpike Lane) from Tower Transit on 7 March.