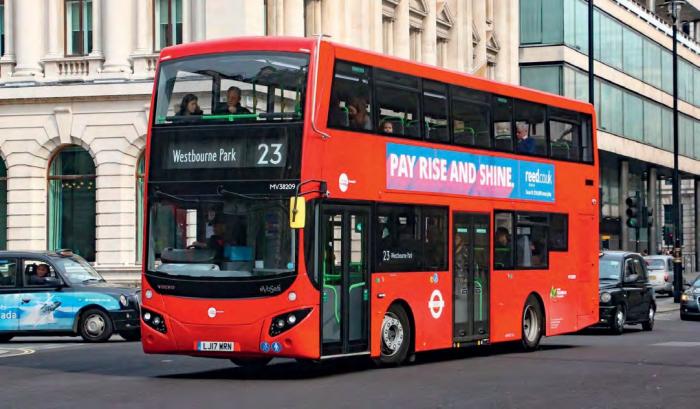 Recent and imminent tendered service awards have introduced the first examples of some types to four operators’ fleets.

Arriva London has received the first of an order for 123 Wright Gemini 3-bodied Volvo B5LHs for its operations. Although coded HV like earlier Wright Eclipse Gemini 2-bodied B5LHs, their fleetnumbers start at 201.

Tower Transit has started to receive its 51 MCV EvoSeti-bodied Volvo B5LHs, which have MV-prefixed fleetnumbers. These are for routes 13 (the former 82 between Victoria and North Finchley), 58 (East Ham-Walthamstow Central) and 308 (Wanstead Station-Clapton). The first few, of the batch for the 13, appeared on route 23 (Liverpool Street-Ladbroke Grove) in advance of Tower Transit taking over the 13 on 1 April.

CT Plus and Sullivan Buses have both taken delivery of their first Alexander Dennis Enviro200 MMCs. CT Plus has 27 of the 9.7m version for routes W11 (Chingford Hall Estate- Walthamstow), W16 (Chingford Mount- Leytonstone) and 397 (Debden-Walthamstow, Crooked Billet) and seven 10.9m buses for the W13 (Woodford Wells-Leytonstone).

A further 11, to 9m length, are due in connection with the contract renewal of route 394 (Islington-Homerton Hospital) from 29 April. One of the 9.7m vehicles will meet an increased peak vehicle requirement on route 309 (Canning Town-Bethnal Green Hospital). Sullivan Buses has eight 9.75m long examples for the W9 (Southgate-Chase Farm Hospital), which transferred from Metroline on 4 February 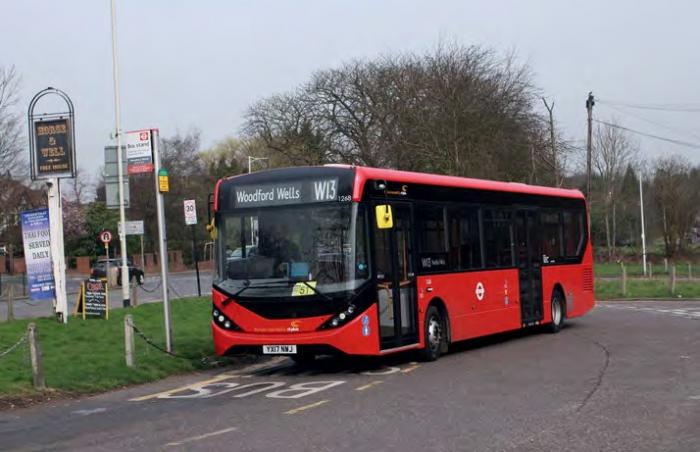