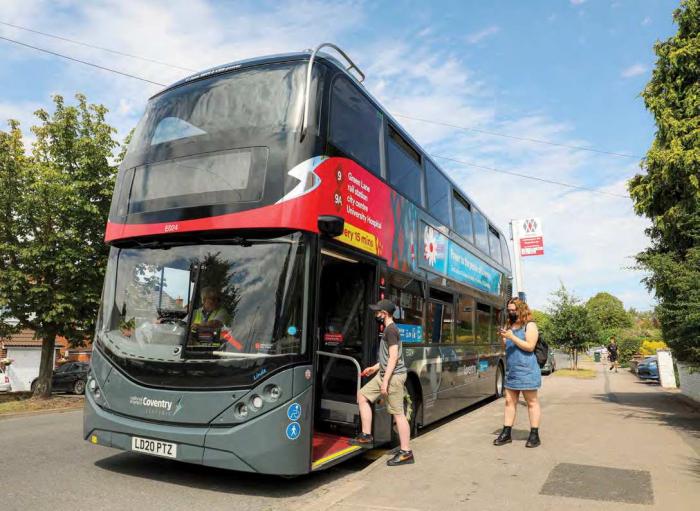 National Express Group has pledged to not buy another diesel bus in the UK. Some examples of BYD Alexander Dennis Enviro400EVs have already been serving passengers in Coventry.
ALEXANDER DENNIS

Alexander Dennis and BYD UK have jointly announced that their electric vehicle partnership will supply over 130 zero emission double-decker buses to EV fleet and battery storage specialist Zenobe and National Express Coventry, and support these vehicles with spare parts over a period of 16 years. The buses, which were announced by National Express in January (Buses March), are part of plans to make Coventry the UK’s first all-electric bus city. The 130 BYD Alexander Dennis Enviro400EVs are expected to enter service in Coventry from early 2023. The city is looking to replace around 300 diesel vehicles by 2025.

Zenobe will be providing what it calls Electric Transportation as a Service (ETaaS) to National Express, financing and managing vehicles, on-board battery replacement, charging and grid infrastructure, a second life battery system at the depot, software to optimise charging, parts, and full operational support.