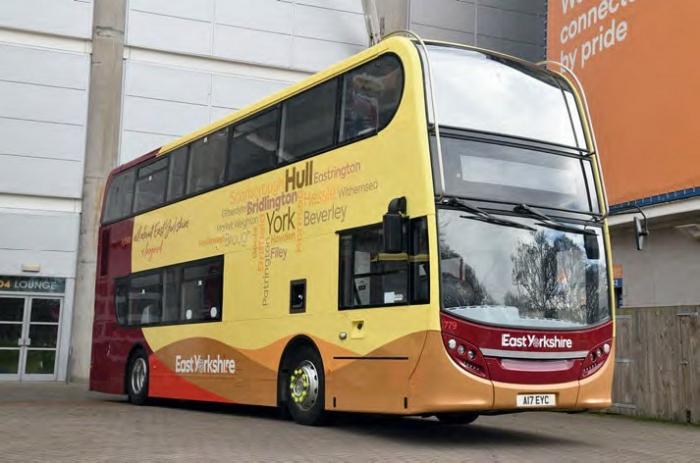 Alexander Dennis Enviro400 779 (A17 EYC) displays the double-deck version of the new livery.

Go-Ahead has revealed a new Best Impressions-designed identity for the East Yorkshire business acquired last June from former chairman Peter Shipp. It says it also intends to invest £6million over the next two years in new vehicles.

It intends to purchase 13 new vehicles later this year — 11 double-deckers and two midibuses — but has yet to reveal makes and models. In its latter years as a private company — one of the last former National Bus Company subsidiaries outside the larger groups — it purchased MCV EvoSeti-bodied Volvo B5TL double-deckers and Alexander Dennis Enviro200 midibuses.