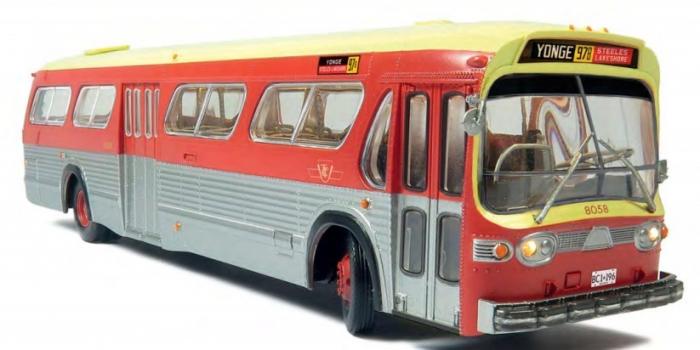 First release depicts a Toronto Transit Commission vehicle with four-leaf centre doors, the first time this design of exit door has been depicted on a New Look model.

Canadian model train maker Rapido has entered the bus market with a feature-filled North American classic and has plans to launch a similarly details British range, as ALAN MILLAR reports

The time may have come to reassess the art of the possible in model bus making. That certainly is the view of Rapido Trains, a Canadian manufacturer already selling Realtrack OO-gauge (1:76-scale) railway models in the UK as well as supplying North American modellers with HO-gauge (1:87-scale) trains.

It is about to enter its home market with its first bus, one of the global classic designs of the past 60 years, the General Motors New Look city bus of 1959, the bus known fondly to many as the Fishbowl, of which nearly 45,000 were produced before production ended in 1986.