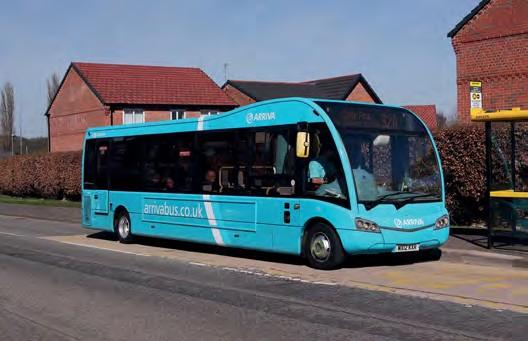 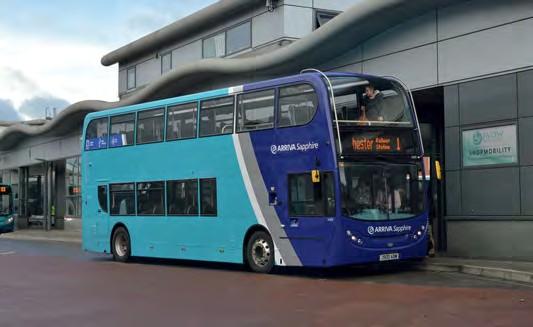 The first vehicles in Arriva’s new livery styles have appeared in its fleets in North Wales and north-west England. As reported last month, the new identity is being phased in over several months and these initial repaints — into a predominantly light blue standard bus livery and a two-tone scheme for premium services — carry the 20-yearold wheels logo and fleetname in capital letters. The new logo and lowercase fleetname are not expected to appear on vehicles until substantially more vehicles have been repainted in the new colour schemes.