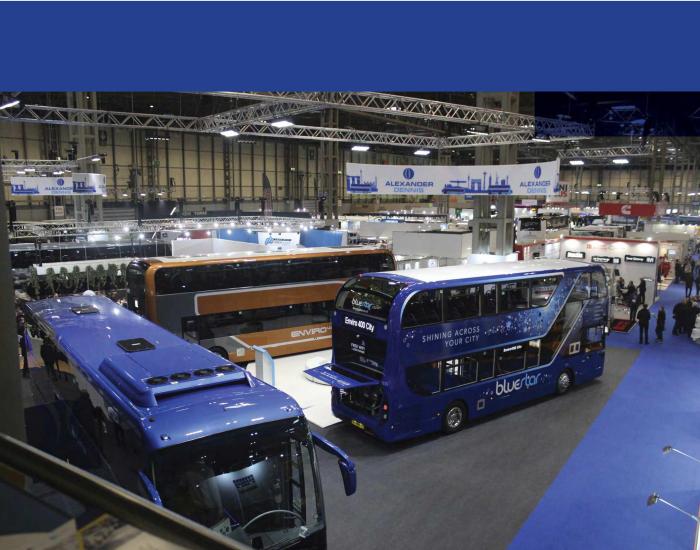 Usually a staple in the bus industry calendar every autumn, neither of Diversified Communication’s bus shows, held at the National Exhibition Centre (NEC) in Birmingham, have taken place since before the pandemic. At last, the bus industry is back Euro Bus Expo, the larger of the two events, last took place in 2018 and makes a long-awaited return from November 1-3. The smaller show, Coach & Bus UK, which typically lasts two days and occupies less floor space, was the last NEC bus show, taking place in 2019. It was displaced by Euro Bus Expo in 2021 before it was postponed to the following year. Organisers claimed the last Euro Bus Expo had almost 9,000 attendees from 50 countries.

At last count before Buses went to press, over 80 vehicles and 200 exhibitors had signed up to the event this year. These hail from every corner of the bus and coach industry, from multinational vehicle manufacturers to seating, flooring, maintenance, insurance and just about every other company involved in the sector in some way. Buses will also be present, and will be found on stand B73. Wrightbus was a notable absence from the show floor plan when Buses went to press. Nu-Track, formerly owned by Wrights, had been listed as an attendee, but the business closed in late September (see page 24).