Introduced as a marketing brand half a century ago, National Express has grown into an international transport group, but remains Britain’s largest operator of long-distance scheduled coach services 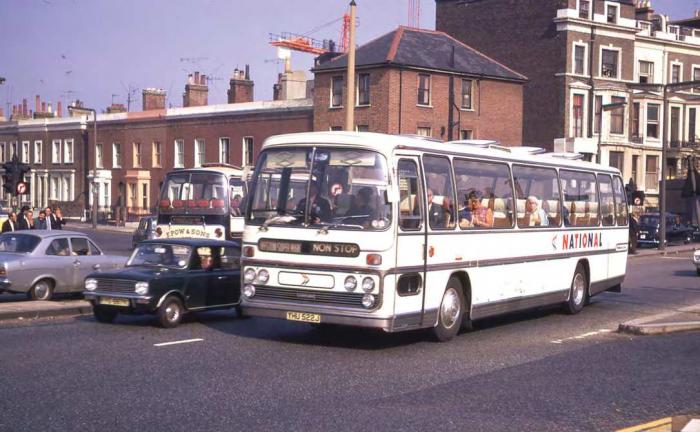 Early recipients of the National coach brand included Bristol Omnibus Company 2158 (YHU 522J), a 47-seat Plaxton Panorama Elite-bodied Leyland Leopard new in 1971. It was heading west out of London in September 1972 with maybe fewer than ten passengers on a non-stop service to Weston-super-Mare. The red stripe above the front wheel underlines its small grey BRISTOL fleetname. This predated the introduction of three-figure nationwide route numbers.
IAIN MACGREGOR

The white National Express coach brand is 50 years old this year, an anniversary marked by a red and blue logo placed discreetly by the entrance of its current fleet.