A mystery on Lisbon docks

The editor’s sideways view of the bus scene 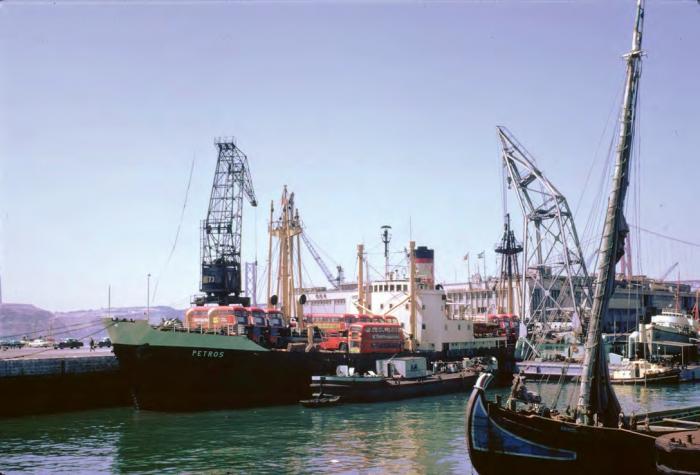 Surely someone will know the answer to the question accompanying this hitherto unpublished photograph. Why were these ex-London Transport RTL and RTW-class Leyland double-deckers in the docks at Lisbon in September 1964?

Graham Feakins, who professes to be a tram enthusiast with but a passing interest in buses, took the picture 53 years ago while on a cruise with his parents. This one shows around a dozen of the buses on the deck of the MV Petros, a Cyprus-registered freight vessel. Another he took from the starboard side of the ship shows at least as many double-deckers again, lined up on the docks.

Were they perhaps en route for Ceylon, taken ashore in the Portuguese capital ready to be shipped on aboard another vessel? Indeed might the Petros have been collecting them for that second leg of the voyage?

Although he was on the hunt for Lisbon trams that day, Graham found it impossible to ignore these red double-deckers. ‘You can guess that I was amazed at the time to see so many — or indeed any — London buses in Lisbon or anywhere nearby,’ he tells me.

From what I can gather, the Petros was built in Le Havre in 1950 and met a sticky end when it ran aground in the Red Sea about 10 years after Graham encountered it with its mysterious double-deck cargo.

The memory of a municipal clings on in downtown Belfast 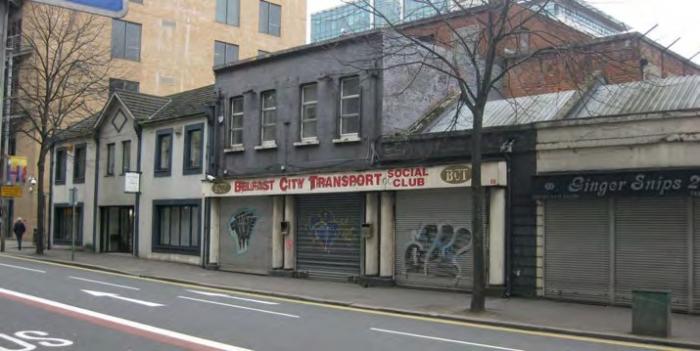 Another relic of the days of municipal bus service, although this one appears to be well into borrowed time. In May ‘Tales’ I brought you the Rotherham Transport social club. Roger Davies spotted this one in May Street, Belfast, a city where the corporation transport department passed into state ownership in 1973 as Citybus and today trades as Metro. Sadly, the roller shutters signify that it exists in name only. The vacant premises have been on the market for at least five years.

Shine a light on a Routemaster variant

This latest must-have for the Routemaster enthusiast is a tabletop bus lamp in the general shape of a forward entrance RMA type.

Bob McGillivray encountered it in a large emporium in Edinburgh when he and his wife were seeking out more mundane lampshades.

He tells me that the Routemaster was on offer along with lamps moulded in the shape of a Mini car, Volkswagen Combi camper van and red telephone box, and suggests that its proportions reveal the lines of a secret lowbridge RMA that never made it into production. 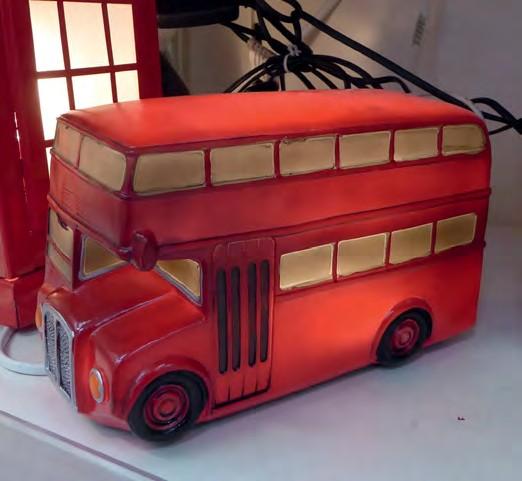 Are these the most pointless stop signs?

These must surely be the least necessary bus stop signs in the realm.

I can only imagine that some kind of confusion reigned in Halls Road, Biddulph before the authorities erected the ‘bus timing point’ sign that Cliff Beeton spotted there. Not only is it a ‘this is not a bus stop’ notice, but as far as Cliff is aware, buses no longer use this stretch of road even for laying over.

‘But when they did, this is only a narrow road, so a bus waiting time would have blocked the road to other traffic,’ he tells me.

More pointless still is the Transport for London stop flag that Andrew Colebourne photographed in Chigwell Road, Woodford Bridge on 10 May, the day that London celebrated the 70th anniversary of the introduction of the postwar RT (see p24). The Childers stop, as you will see, displays no route number. That is for the simple reason that no buses call there, nor have any done so in a meaningful way since route 206 (Walthamstow-Chigwell Station) was withdrawn in March 1989.

It was put there for an Essex County Council-supported school service that last ran in 2010. By 2012, Andrew says the previous stop flag was of the sort with removable tiles for individual route numbers, all three of which were blank. Now someone has taken the trouble to replace that flag with this one. 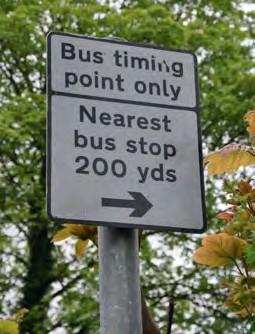 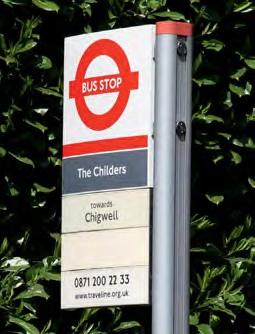