The French city of Lyon, home to the country’s largest trolleybus network, is expanding its operations with 34 Swiss-built Hess LighTram 19 articulated trolleybuses.

They join a fleet of 124 rigid and articulated Irisbus Cristalis (with auxiliary diesel engines) built between 2000 and 2010, and seven short wheelbase MAN- Kiepe-Hess NMT222s dating from 1999, which operate on the hilly S6 route to Croix-Rousse.

Keolis normally operates nine trolleybus routes as part of the TCL public transport network on behalf of regional transport authority Sytral, but long-term regeneration works in the city centre have interrupted some services, requiring operation with diesel buses instead.

However, the in-motion charging capability of the new Hess trolleybuses means that they can operate on battery power on sections without wires for up to 40% of the journey. They are expected to take over opewration of routes C11 and C13 later this year. 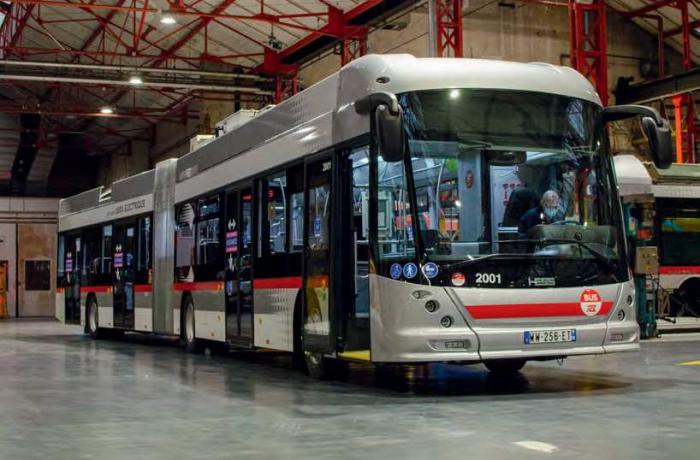 The first of the 34 new Hess LighTram articulated trolleybuses for Lyon.
SYTRAL