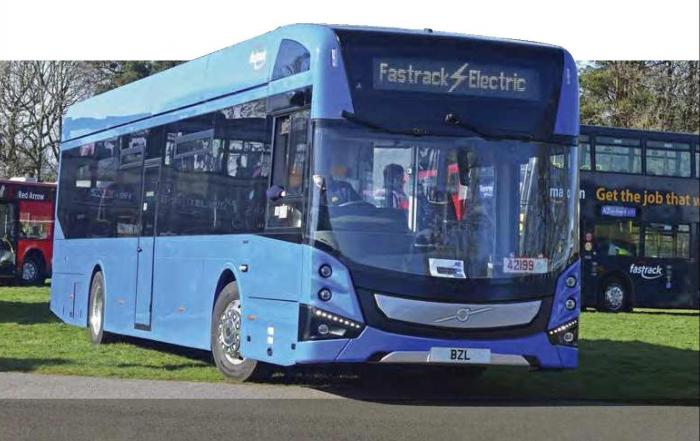 Hoping to win orders from this round of ZEBRA funding will be Volvo. An example of its new BZL single deck with MCV bodywork was displayed at the South East Bus Festival. It is expected to be trialled on Kent’s Fastrack network in the near future.
DAVID JENKINS

The award is split across 12 different Local Transport Authorities, working in partnership with their local operators, who will provide the majority of the funding – the ZEBRA grant pays for up to 75% of the additional costs over a diesel bus, including infrastructure for recharging or refuelling.

Few details of the winning bids have been released by the Department for Transport, but bidding documents and local media statements suggest that the funding will be allocated as follows: