As it reaches the 20th anniversary of the first example going into service, the Dennis Trident is fast disappearing from London’s streets. MATTHEW WHARMBY pays tribute in words and pictures to one of the most successful first generation low-floor double-deckers to serve the UK capital. 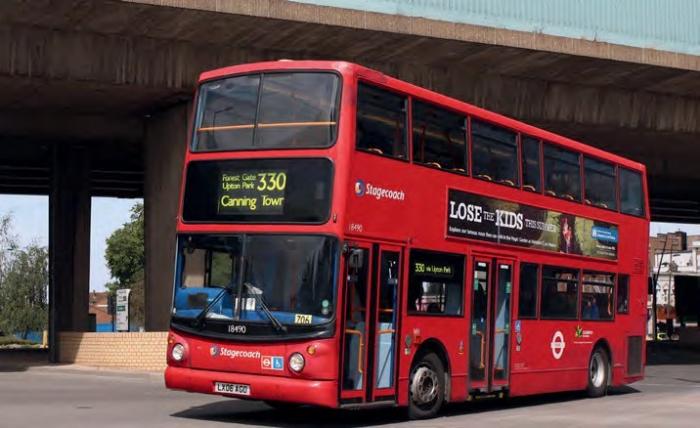 Stagecoach was down to fewer than 100 ALX400- bodied Tridents by the end of 2018. Still running on 11 August was Alexander Dennisbuilt 18490 (LX06 AGO). Compared with Stagecoach’s earlier London Tridents, the exit doors were moved forward to just behind the front wheel. 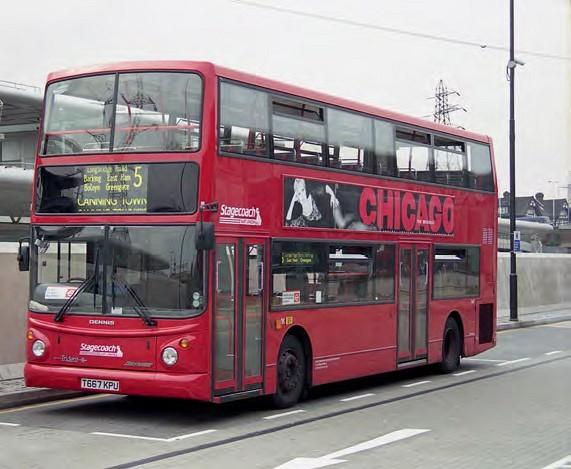 The original ‘long and low’ configuration of Stagecoach’s London Tridents is exemplified by TA67 (T667 KPU), allocated to Barking for route 5 in May 1999 and photographed at the newly constructed Canning Town bus station terminus the following month. The group’s standard lowheight configuration made it easier to cascade double-deckers to regional fleets, but did not meet with Transport for London’s approval and this batch was replaced after less than five years in service, with what had by then become 17067 departing in January 2004. 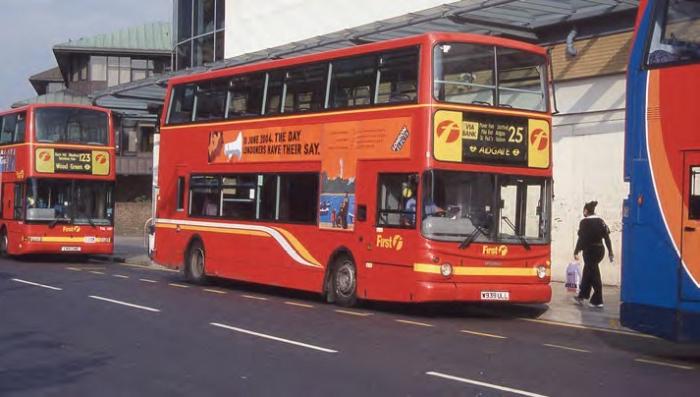 First London took far more Plaxton President-bodied Tridents than ALX400s, but alternated between the two available lengths to provide additional capacity when needed. TAL939 (W939 ULL) was one of 22 ALX400s ordered against the retention of routes 97 and 357 in 2000 but was allocated new to the 25, which needed the capacity that its 59-seat TNs lacked. At Ilford on 18 May 2004, it is followed by Plaxton President-bodied TNL1087 (LN51 GMO) on the 123. TAL939 operated until 2007, by then based at Westbourne Park, while the President lasted until 2012.

After 20 years, the careers of London’s first generation of lowfloor double-deckers are coming to an end.