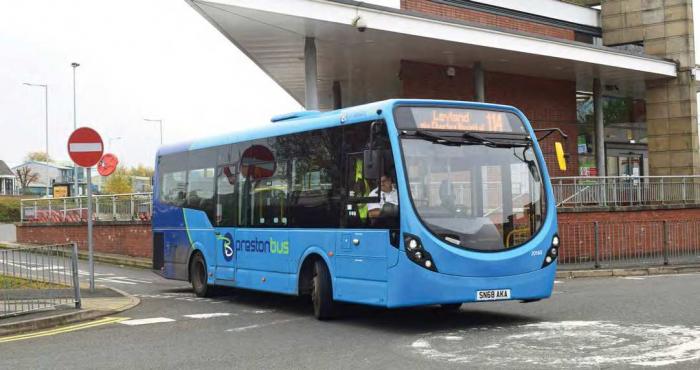 The only Rotala subsidiary participating in the Bus Fare Cap Grant is Preston Bus. Wright Streetlite DF 20160 leaves Chorley Bus Station for Leyland on Lancashire subsidised service 114, on which the maximum fare falls from £4 to £2.
DAVID JENKINS

The government-financed £2 maximum fare in England kicked in on January 1, for a period of three months. It is being promoted as part of the government's Help for Household initiative.

Participation is voluntary, and the list of operators published by the Department for Transport omits many smaller ones. However, this may change, as on the start date, the DfT had still not provided final details to local authorities of how operators only undertaking tendered work could be included in the scheme. The initial list was also devoid of any Arriva subsidiaries, which was subsequently corrected to include them all.