MANCUNIANS STILL TOGETHER AFTER ALL THESE YEARS 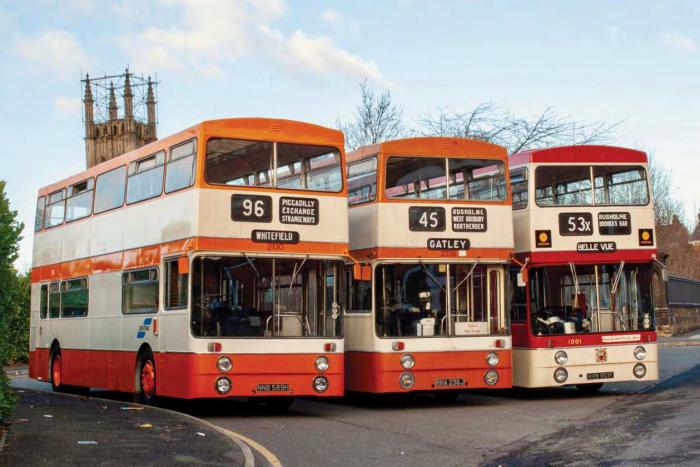 The November 21 launch of a newly restored Daimler Fleetline at the Museum of Transport Greater Manchester was the first time for 30 years that three of the rearengined Mancunian double-deckers, all with Park Royal bodies, have appeared together in public.

CRG6LXB-33 2130 (NNB 589H) was new to Selnec PTE in February 1970 and has been returned to an early version of the PTE’s orange and white livery. It was displayed alongside Leyland Atlantean 1001 (HVM 901F) in Manchester City Transport red and cream and Fleetline 2236 (RNA 236J) in post-1974 Greater Manchester Transport (GMT) darker orange and white. 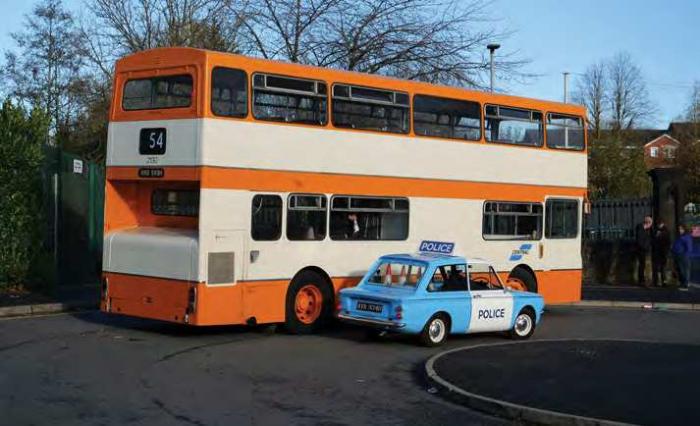 Comparatively few buses delivered to municipal fleets (or at least in full municipal livery) have been restored to later incarnations, making 2130 a particularly welcome addition to the ranks to restored classic buses.