Mancunian in preparation for autumn release

MODELS OF THE MONTH

Guide price: To be announced 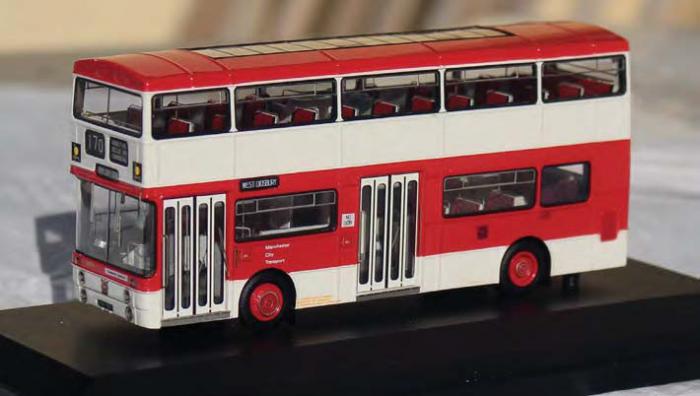 The Mancunian was a groundbreaking sensation when it appeared in early 1968, a bespoke double-decker designed by Ken Mortimer of Manchester City Transport and produced exclusively for MCT and its Selnec PTE successor. This, arguably, was the first double-decker conceived to be one-man operated and it set the styling tone for double-deckers produced for the rest of the 20th century. 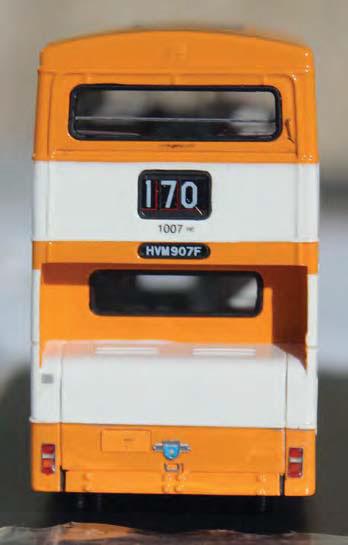 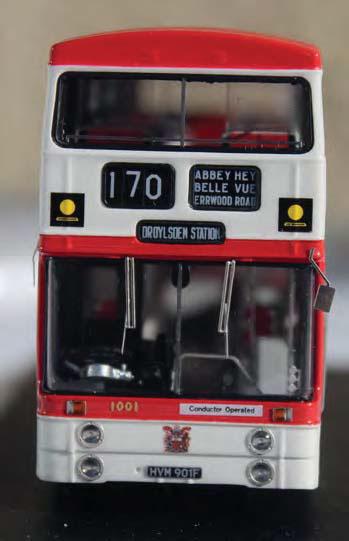 Although box-like in outline, large areas of glass gave it a bright interior, while also affording the driver particularly good visibility through its deep lower deck windscreens. Roof glazing - only recently back in fashion today in a few fleets - helped brighten the interior of the upper deck.

In an effort to reduce the length of dwell times at bus stops caused by passengers paying the driver, it had a centre exit door (and centre staircase) and self-service coin-operated ticket machines were placed over the front wheels, offside and nearside. 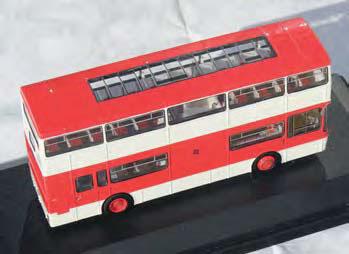 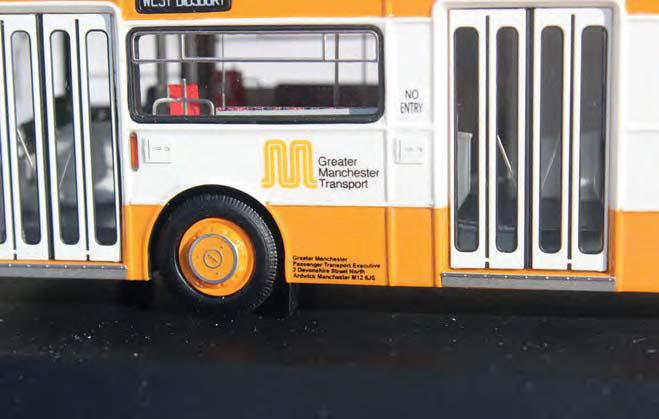 Manchester also specified a step in the front platform leading to an otherwise flat floor, set another new trend by having four seats back-to-back over the rear wheels rather than six facing inwards as then was the norm, and squeezed in single inward facing seats upstairs in front of and behind the stairwell.

All of these features are captured in splendid detail on this new model from TTC Diecast, which hopes to have them available by the autumn. With measures to combat the spread of coronavirus having had a major impact on the Chinese factories where diecast models are manufactured, all model makers’ new releases have been delayed and can only be guessed at for now.

But if the production versions of this are as good as the pre-production samples we have seen, they will be well worth the wait, however long that turns out to be.

They show two of the original delivery of 48 Park Royal-bodied Leyland Atlantean PDR1/1s with 73-seat bodies. There was a near simultaneous delivery of 48 Daimler Fleetlines to the same length and seating capacity.

The subsequent 396 Mancunians built between 1968 and 1972 were a couple of feet longer, based on the 33ft versions of the two chassis and in two-door form had 75, 76 or 77 seats (there were a dozen single-door 79-seaters). Metro-Cammell Weymann, Roe and East Lancs built some of the longer vehicles, MCW’s including 20 Atlanteans ordered by Salford Corporation and delivered to Selnec with that city’s less comprehensive destination displays.

Manchester 1001, modelled in its original livery - a bright break from the predominantly red scheme applied to most of the MCT fleet - is part of the permanent collection preserved at Manchester’s excellent Museum of Transport. The companion release shows 1007 in the orange and white PTE livery with Greater Manchester Transport ‘M-blem’ adopted after local government reorganisation in 1974 killed off the Selnec name, which was short for South-east Lancashire, north-east Cheshire.

If it limits future releases to this length of Mancunian, there are future opportunities to depict Fleetlines as well as Atlanteans, and to show the Selnec livery and stylised S logo. The later GMT off white and orange with dark brown skirt was only applied to a few of the longer vehicles, as the PTE withdrew most after 12 years’ service.

The intricate detail on these models includes interior handrails, among them those around and within the staircase, on the backs of seats and on the ledge behind the upper deck windscreen. Both red self-service ticket machines are in place (on 1001 the yellow-on-black logos above the windscreen alert passengers to their existence) and the drivers’ cab shows not just the steering wheel and dashboard binnacle, but also the selector lever to operate the semi-automatic gearbox and the glazed bulkhead behind, complete with notices for passengers.

Exterior details include the pantograph windscreen wipers, wing mirrors and the Atlantean badge on the rear engine cover, with Atlas holding the world. The glazed roof helps reveal more of the top deck interior features and the livery finish includes legal lettering, which on 1001 shows the name of general manager R. F. Bennett - Ralph Bennett - who championed this pioneering example of industrial design before going on to bigger things at London Transport.

Also on 1001 is a slipboard on the front advertising that, despite its self-service ticket machines, it is crewed by a driver and conductor.