Major service changes planned in connection with the Elizabeth Line 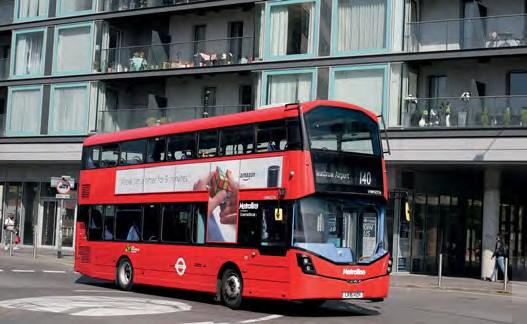 Seven new routes and changes to over 30 existing ones feature in Transport for London’s plans for areas that will be affected by the Elizabeth Line, which opens in stages from December 2018.

The proposals assume that bus demand will reduce, and anticipate that fewer passengers will travel by bus to North Greenwich to catch the Jubilee Line into central London. Some routes will go double-deck.

The network focuses on stations at Abbey Wood, Custom House, Southall and Hayes. The 427 (Uxbridge-Acton) would no longer run east of Southall, while the 104 (Manor Park-Stratford) would be re-routed to run between Stratford and Beckton. New route 304 will cover the section to Manor Park and continue to Custom House.

The 112 (Brent Cross-Ealing Broadway) will be extended to Osterley, while the 25 (Ilford- Oxford Circus), will terminate at Holborn Circus and run less frequently. 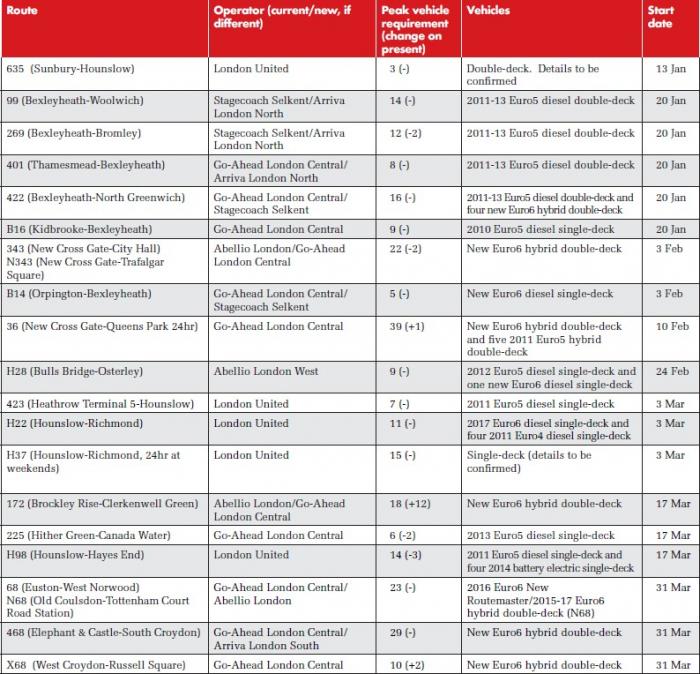 London TravelWatch calls for speed-up as assembly focuses on safety

Higher standards of safety should be built into tendered service contracts, says the London Assembly’s transport committee in a report published at the same time as London TravelWatch has told mayor Sadiq Khan to speed up bus journeys.

The transport committee’s report, Driven to Distraction, urges Transport for London to reduce the number of people killed or seriously injured on or by buses. It says that high levels of stress among drivers contribute to accidents and calls for TfL to confirm a publication date for its new Bus Safety Standard.

It also raises concerns about maintenance standards and questions whether getting a bus out on the road sometimes takes precedence over repairing defects. It says it found that current contracts could mean drivers face high stress levels caused by long shifts, inadequate breaks and irregular shift patterns, which add to safety issues. Among the report’s 11 recommendations are:

■ Safety standards, incentivised though the contracting process, should be set for operators.

■ TfL should take a greater responsibility for driver training.

■ Consideration should be given to setting up an independent body, akin to the Rail Accident Investigation Board, to probe the causes of serious incidents The report notes that 25 people were killed on or by buses in 2015 and 2016, although it fails to put this in context of over 130 fatalities on London’s road network in 2015 alone. It recognises that two thirds of the fatalities were pedestrians, but does not explore the extent to which they may have been negligent.

Although not included in the final report, one member of the committee asked for the consideration of pressures facing drivers to include the impact of cycle super highways and cycle lanes.

London Travel Watch, the independent statutory watchdog for transport users in the UK capital, has urged the mayor to make buses quicker and more reliable.

It says many routes are falling below their contracted minimum reliability standard. Measures suggested include reviewing waiting restrictions, applying congestion charging for longer and extending it to private hire vehicles.

• CITYMAPPER been granted a London Service Permit (LSP) to operate a weekend night service from late August or September (Look in on London. July).

• OVER ONE BILLION journeys using contactless payment cards have been made since the facility was first rolled out in December 2012. Around 720,000 contactless payments are made on the bus and tram network each day, representing over 40% of pay-as-you-go journeys.

• PLANS have been revealed to remodel the junctions on the south bank of Waterloo Bridge, remove the roundabouts at each end of Lambeth Bridge and create a segregated cycleway on the river crossing.

• OVER 20 BUSES, most of London heritage, were present at this year’s Pride march in central London on 8 July. Several bus stops carried the organisation’s rainbow branding.

• A SOCIAL MEDIA TravelBot has been launched by Transport for London. It can be accessed through Facebook’s Messenger app. It is powered by artificial intelligence, can ‘chat’ with customers and tell them instantly when their bus is due to arrive, and provide service updates and Tube maps. It can also link direct to a customer service agent. 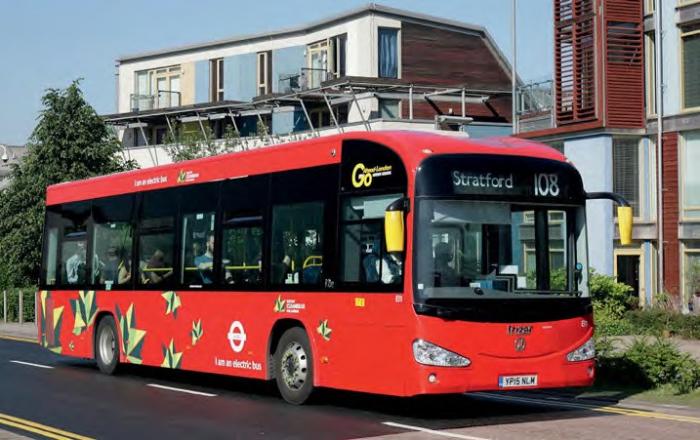 Go-Ahead London General’s base at Mandela Way (MW) closed at the end of service on 28 July, with a new site at North Greenwich Morden Wharf (MG), operating under the London Central brand, opening the following morning.

Its initial allocation comprises routes 108 (Stratford-Lewisham), 129 (Greenwich-North Greenwich) and 286 (Sidcup-Greenwich). These have been transferred from New Cross garage to free up space for most buses previously garaged at Mandela Way.

The two Irizar i2e battery electric singledeckers remain at New Cross for route 108 and the part allocation for routes 507 and 521 transferred to Camberwell.

The site’s closure has been brought about by the expiry of its lease and it is noteworthy that the current administration at City Hall appears less committed than its predecessors to safeguarding bus garage sites.

Transport for London has confirmed that three more single-deck routes operating into the proposed Ultra Low Emission Zone will be converted to battery electric operation by mid-2019, all using 10.8m BYD/Alexander Dennis Enviro200EVs.

Metroline has ordered 23 of these buses for operation from Holloway garage on route 46 (Paddington-St Bartholomew’s Hospital), while Go-Ahead London General is taking 33 for use from Northumberland Park on routes 153 (Finsbury Park-Moorgate) and 214 (Highgate Village-Moorgate). Both garages will be equipped with BYD-supplied charging equipment.

Tender awards for these routes were announced recently (Look in on London last month), but the type of vehicles was not confirmed at the time.

Transport for London is spending £86million to upgrade around 5,000 buses to ensure that by September 2020 the entire London fleet meets Euro6 standards. 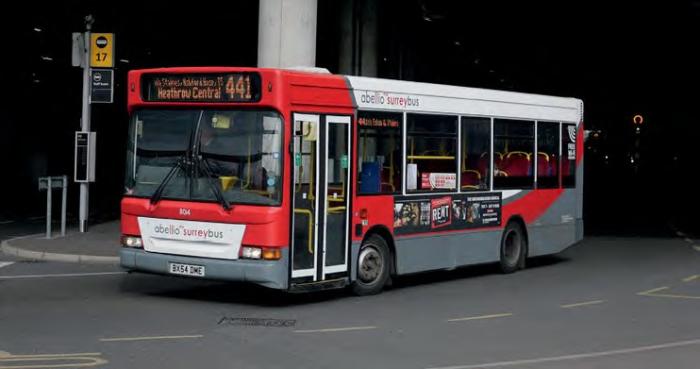 Abellio is to transfer operation of its two remaining Surrey routes – 441 (Englefield Green-Heathrow Airport) and 461 (Kingston-Addlestone) – to its London West subsidiary from early September.

However, the 441 will no longer operate between Staines and Heathrow. Its loss represents a further reduction in services between Greater London and its immediate hinterland.

First Berkshire also intends to reduce the frequency of approximately hourly routes 10/11 (Slough-Heathrow Terminal 5) to every 90min on Mondays to Saturdays and two-hourly on Sundays.