The Millennium Busway was built to take south-east Londoners to the big new attraction of the year 2000. Seventeen years on, as Transport for London proposes a radical change to the nuse of this facility, DAVID JUKES tells its story and explains what busy inter-suburban routes use it today. 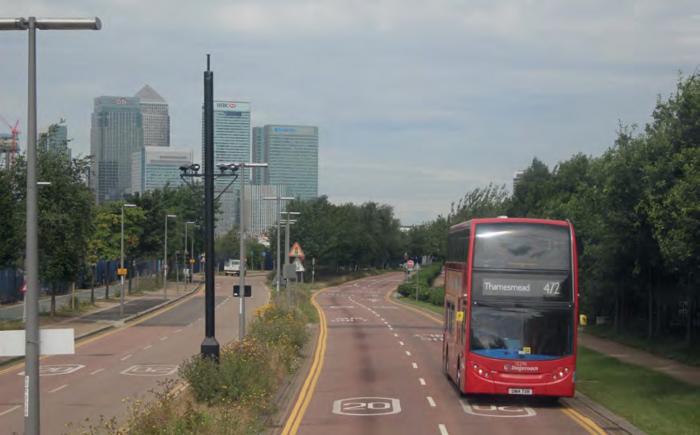 The Canary Wharf towers dominate the skyline as Stagecoach London 12296 (SN14 TXR), a 2014 Alexander Dennis Enviro400, heads east along the Pilot Busway between its junctions with River Way (behind the bus) and John Harrison Way.

The news that Transport for London might replace the Millennium Busway with a mixed traffic dual carriageway with bus lanes (Look in on London this month) is the latest chapter in the story of a facility installed 17 years ago for a now largely forgotten but at the time highly controversial public investment.