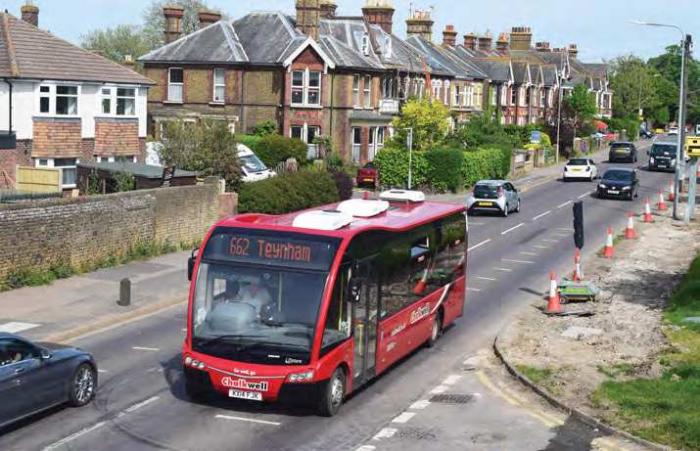 37th on the list of Kent County Council cuts are three linked school routes in the Faversham area, operated by Chalkwell. They carry a mix of pupils entitled to free travel and others who pay their own fare, at a subsidy of £4.78 per passenger. Optare Solo SR KX14 FJK -with prominent air conditioning pods dating from its time as a route bus on Malta -sets out from Faversham, returning school children to nearby villages.
DAVID JENKINS

Continuing depressed demand for bus services is now causing local authorities to look at their budgets in a world with no additional government funding.

Kent County Council is to launch a consultation, which could see up to 54 contracts withdrawn as part of an effort to save £2.2m, representing about onethird of the authority's public transport budget. The council makes the point that the provision of local bus services is a discretionary rather than statutory duty, and if savings are not made here, then they will have to be found from another discretionary function.

Some of the routes involved were identified as having high costs per passenger journey in 2018 (Buses January 2018) but most survived at that time, and indeed, some extra rural services were introduced. All of these are now potentially up for the chop, with subsidies in a range of £16-£26 per passenger.