A weekend of activities in West Yorkshire will commemorate the 50th anniversary of the end of Samuel Ledgard’s blue buses in October 1967. CHRIS YOUHILL explains why its memory remains so enduring and pinpoints a few traces it has left behind for those who know where to look and find them. 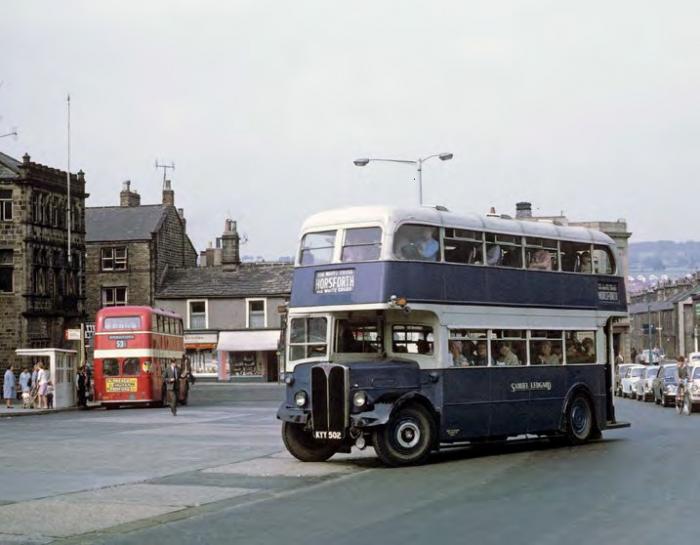 Ledgard’s KYY 502, a lowbridge Weymann-bodied AEC Regent III new to London Transport as RLH2, in Otley in August 1967. A West Yorkshire Road Car Bristol Lodekka LD on the opposite side of the road is a portent of changes to come two months later.
OMNIBUS SOCIETY/ROY MARSHALL

This year — 14 October to be precise — marks 50 years since the end of the still fondly remembered Samuel Ledgard company, whose blue buses had served West Yorkshire with matchless reliability from 1912.