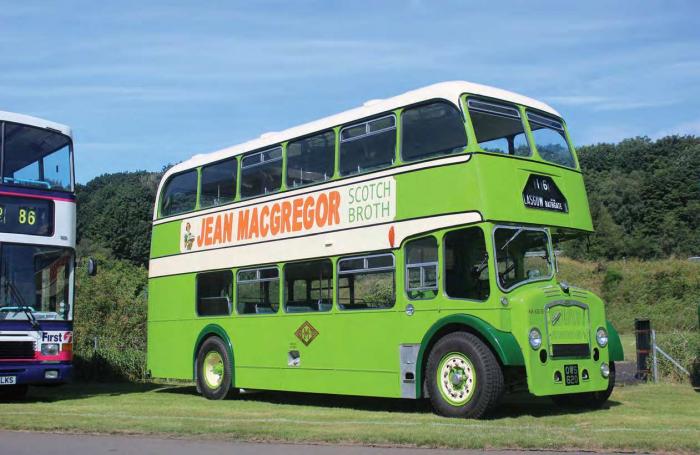 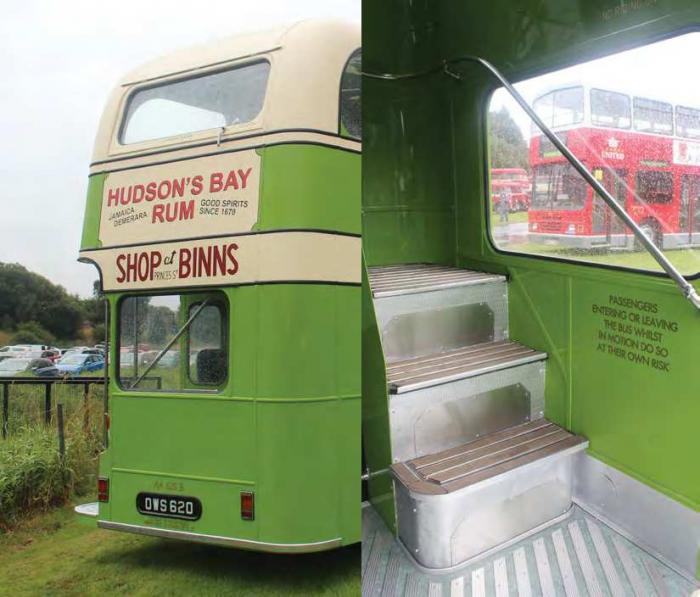 Long-term restoration work was in the spotlight at the Scottish Vintage Bus Museum’s open weekend at Lathalmond on August 21/22, its first since 2019.

Positively gleaming outside and inside was newly restored Scottish Omnibuses AA620 (OWS 620), an Eastern Coach Works-bodied Bristol Lodekka LD6G looking as good as it did when new in July 1957. It has been painted in the twotone green and cream livery, with colour coordinated moquette seat upholstery, and SMT diamond fleetname logos used from 1949 until the darker green and cream Eastern Scottish livery was introduced in 1964.

The Lodekka was Scottish Omnibuses’ standard double-decker from 1956 to 1966, and AA620 was one of 152 LD6Gs purchased by 1961. It remained in passenger service until 1978, after which it was retained as a driver training vehicle.

Also back on the road after a lengthy hibernation was FGS 59D, a Mullinerbodied Bedford SB that McLennan’s of Spittalfield acquired from the Royal Navy and placed in service in July 1966. The Perthshire operator ran it for just four years, selling it to a farmer who kept it for the next 22 years.