A HALF CENTURY OF INTEGRALS

Scania began delivering integral buses to British customers in the 1970s and returned with a threemodel integral range for ten years from 2002. ALAN MILLAR looks back at the why it entered the market, at the vehicles it produced and who bought them 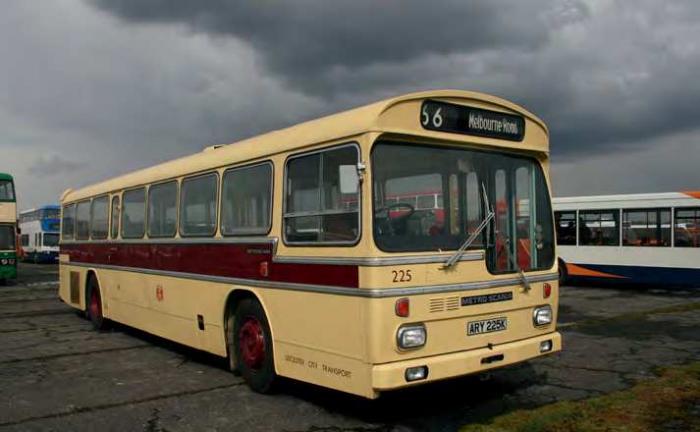 Leicester City Transport was the launch customer for the Metro-Scania and bought 35. The last of these to be delivered was 225 (ARY 225K) new in July 1972. It was the first with an encapsulated engine producing only 77decibels of drive-by noise and is preserved by the Leicester Transport Heritage Trust.
ALAN MILLAR

The launch of Scania’s Fencer comes 50 years after operators took delivery of the Swedish manufacturer’s first integral buses for the UK market. Between 1971 and 1978, and again between 2002 and 2012, it supplied British and Irish customers with around 2,200 integral single- and double-deckers completed in Birmingham, Sweden or Poland.

Mercedes-Benz had begun selling its O302 coach in the UK in 1967, but Scania — which had already exported around 1,000 freight trucks to Britain — was the first foreign manufacturer to compete in the bus market.