THE GUAGUAS OF TENERIFE

Retired senior British bus manager BOB HIND visited Tenerife shortly before the pandemic disrupted international travel, and spent a long day exploring the largest of the Canary Islands on its extensive public bus network. Early on, he learnt the islanders’ Cuban-derived name for their buses…and how to pronounce it properly. 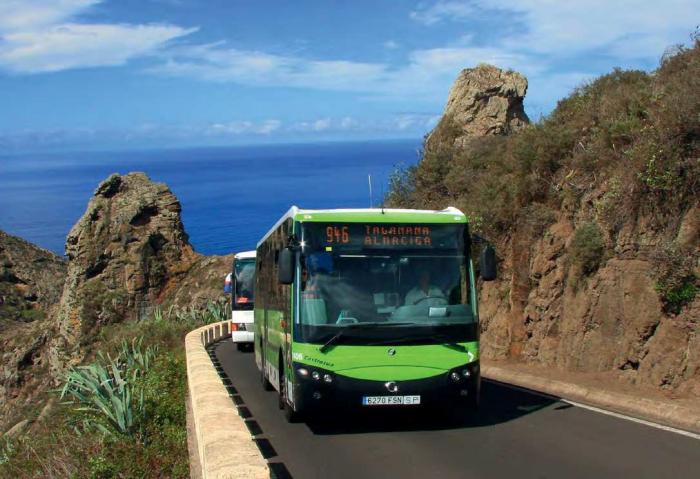 A 2014 view of Titsa 7406, a Castrosua Magnus-bodied Irisbus EuroRider, in the north-east of Tenerife on the eight times a day service 946 which runs along the coast from Santa Cruz to San Andrés before climbing overland via Taganana to Almaciga on the north coast.
DWR PICTURE LIBRARY

Holidaymakers head to Tenerife, the largest of the Canary Islands, for guaranteed sunshine, blue skies and seas and plenty of relaxation. Some may venture from the many resorts and, if they do, they will find a fairly comprehensive bus network, if just a little bewildering when trying to understand what goes where.

There are excursions into the volcanic mountain range of Tiede but for the more adventurous, travelling between the island’s townships and exploring some of the more remote locations can prove worthwhile.