Up to 1,400 electric range hybrid and pure electric double-deckers are set to be introduced into the cities of the Republic of Ireland, starting with 100 electric range Enviro400ERs for Dublin and Galway which are in a new green and yellow livery to be adopted gradually across all of the 26 counties

Two Falkirk-built vehicles for Bus Éireann in Galway. The one on the right has a yellow entrance door reminiscent of a practice in London in the 1970s and 1980s.
DARREN HALL 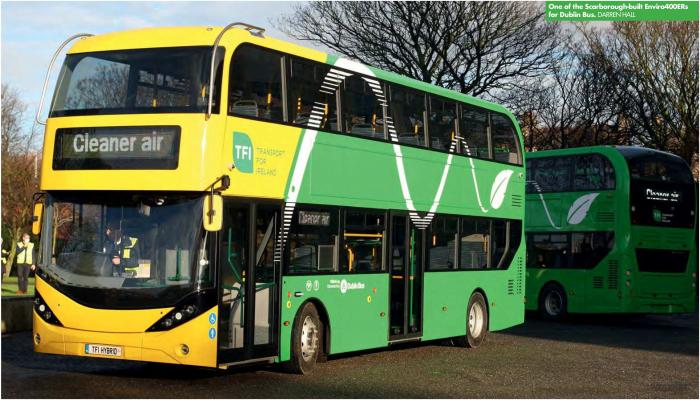 One of the Scarborough-built Enviro400ERs for Dublin Bus.
DARREN HALL 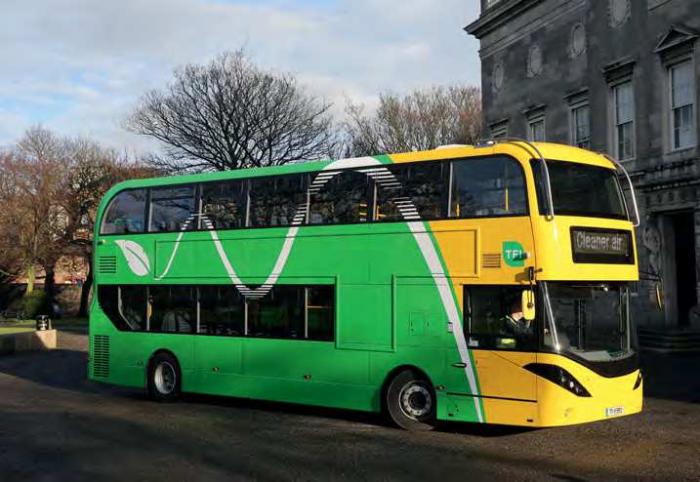 Provision of a T-shaped advertising panel means that the staircase is not glazed.
DARREN HALL

The hybrids — the first volume order for them in the 26 counties — are coming from Alexander Dennis, ending over 30 years of the state-owned operators’ purchase of Volvo double-deckers and a dozen of specifying them with bodywork by Wrightbus.

This is a premium article and requires an active Key Buses or Key Publishing subscription.