Go South Coast is Operator of the Year 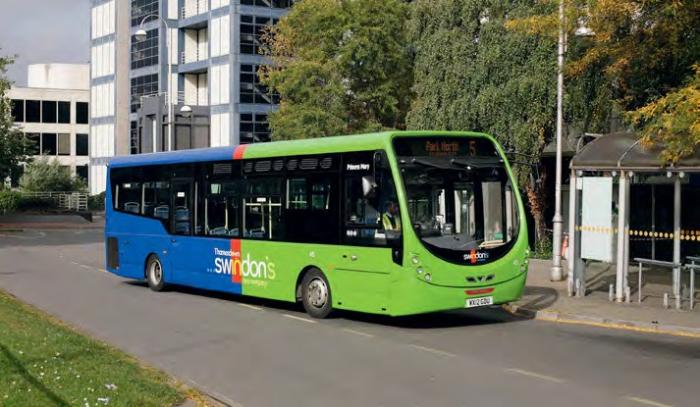 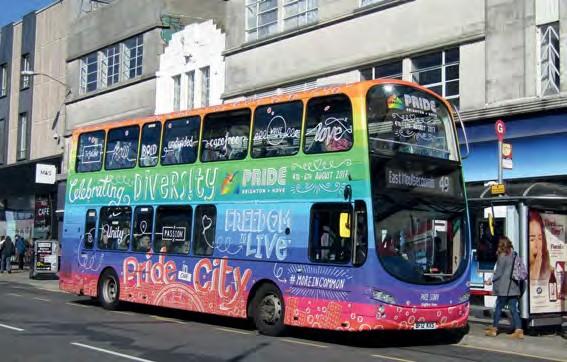 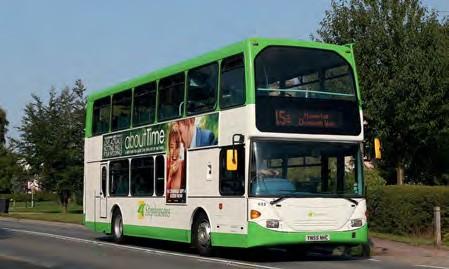 Go South Coast was named UK Bus Operator of the Year at the UK Bus Awards in London on 21 November, a first time win for the Poole-based Go-Ahead Group subsidiary with operations across Dorset, Wiltshire, Hampshire and the Isle of Wight.

The company — which trades principally as Morebus, Salisbury Reds, Bluestar, Unilink, Southern Vectis, Damory and Swindon’s Bus Company — also was judged Top Shire operator and in a decision determined by the findings of mystery passengers riding the routes, took the top award in a final run-off against Go-Ahead’s Brighton & Hove Bus and Coach Company (Top City Operator) and Stephensons of Essex (Top Independent). Judges were impressed by Go South Coast’s growth record over the past five years, with a 13% increase in passenger numbers achieved across its local brands.

‘Significantly, this has come from within the pre-existing businesses rather than acquisitions’, they say.

‘This is wonderful recognition of our team here at Go South Coast’, says managing director Andrew Wickham. ‘Our focus, always, is on providing our customers with a high quality and reliable bus service.

‘Giving visitors to the region the opportunity to leave their cars at home and simply enjoy the array of delights on offer here is also high on our list of priorities. We provide an array of innovative on-board facilities, like free WiFi, USB charging points and contactless ticket payments, to ensure our buses are both comfortable and convenient.

‘We won’t be resting on our laurels though’, he adds. ‘Go South Coast is fortunate to have a team of highly skilled and experienced professionals, and every one of them is motivated to further enhance the services we offer here.’

As Top Independent, Stephensons of Essex — the judges say it is ‘a good example of an operator that is getting the basics right and providing a good service for its customers’ — beat past winners Prentice Coaches of Haddington and Ensignbus of Purfleet — into second and third place respectively. Also shortlisted were Central Buses of Birmingham and Marshalls of Sutton on Trent.

Go South Coast also came top in the National Bus Depot category for facilities outside London, its Bluestar facility at Eastleigh coming ahead of Arriva Midlands at Shrewsbury and Go-Ahead’s Metrobus depot in Crawley. Top London garage was Arriva’s Brixton site, with Abellio at Twickenham and Stagecoach at Barking second and third respectively.

Electrification projects took most of the prizes in the environment category, with top place shared by Nottingham City Council (for the electrification of its park-&-ride service) and Go-Ahead London for its introduction of 51 BYD/Alexander Dennis Enviro200EVs to former Red Arrow routes 507 and 521.

First York took third place for the operation of increasing numbers of electric buses on the city’s park-&-ride network and its development of charging arrangements to allow them to run for a full day.

Lothian Buses came second with its Bus 2020 plan for a five-year reduction in greenhouse gas emissions across all areas of its operation including waste reduction and energy consumption in its buildings.

Winner of the New Horizons Award for groundbreaking ideas was ArrivaClick, the demand responsive high specification minibus service started in Sittingbourne, Kent in March. Reading Buses came second for the raft of measures — including social seating, complimentary umbrellas and ticketing advances — that have helped deliver 12% more passengers and 9% more revenue in the past year. Transdev Blazefield came third with Vamooz, its app-driven excursions service.

Nottingham City Council also took top award for Putting Passengers First with its multi-operator Robin Hood smartcard, First West of England was judged to have the top marketing initiative with a discounted fares campaign to increase sales of smartphonebased mTickets and Transdev’s Harrogate Bus Company was top for Sustained Marketing Excellence with its re-investment in its flagship route 36 linking Ripon, Harrogate and Leeds.

Top national bus driver is Maks Pruszewicz of Reading Buses, while Tino Barbarino of Abellio took the equivalent award for top London driver. A special award went to Oliver Salbris of Go-Ahead London for taking instant avoiding action after a jogger pushed a passing pedestrian into the path of his bus in a widely publicised incident on Putney Bridge last May.

Winner of the top award for leadership and inspiration went to Go North East’s head of commercial and retail, Stephen King. Reading Buses head of operations Dan Bassett (29) is Young Manager of the Year, while First Scotland East engineering manager Paul Brannigan is Engineer of the Year.