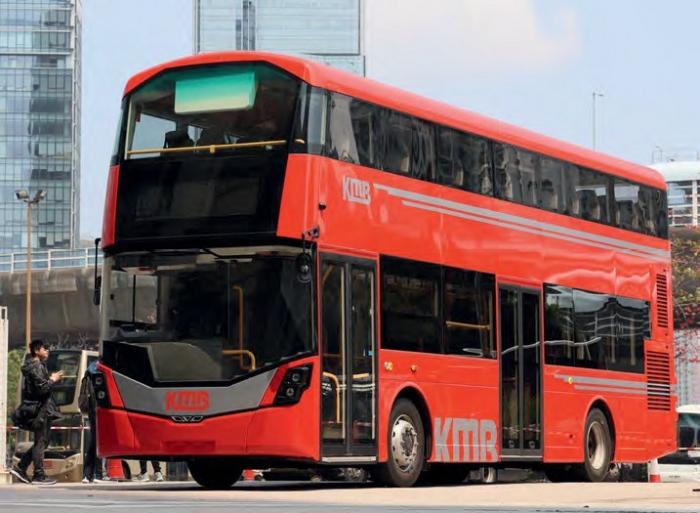 A 100-vehicle order placed by Kowloon Motor Bus for Wrightbus double-deckers includes the largest export deal so far for the six-cylinder version of the two-axle StreetDeck.

KMB is taking 50 of the 10.65m StreetDeck with the Euro6 Mercedes-Benz OM936 engine considered essential to drive air conditioning, which is an standard feature in Hong Kong. They will also be fitted with seatbelts and a Voith D854.6 gearbox with integral retarder and follow trials with a similar StreetDeck supplied to KMB last year.

The six-cylinder engine is also offered on StreetDecks built for Latin America and is an option in the UK alongside the standard four-cylinder OM934.