A selection of some of the books, models, DVDs and other presents to buy for people with a passion for the world of buses and coaches 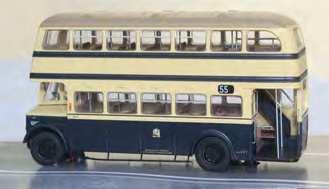 Rapido Trains has released another 11 versions of its highly detailed 1:76-scale Birmingham City Transport “New Look” Guy Arab model, all with the facility to have working headlamps, interior lights and illuminated destination display, and based on laser scans of an original full-size preserved vehicle. Eight show buses with JOJ and MOF registrations in BCT livery and on eight different routes. The other three show three different members of the MOF batch, two with khaki roofs, one with a cream roof. Interior detail includes a representation of the seat moquette.