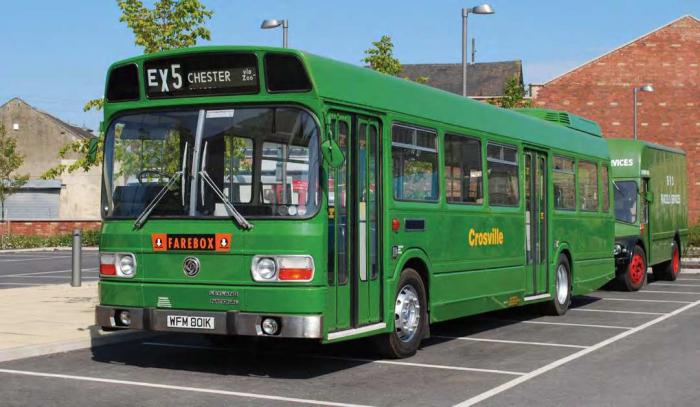 Crosville SNL801 at an event in Keighley in 2011.
JAMES STOKER

The Transport Museum Wythall and the British Motor Museum are teaming up to celebrate the 50th anniversary of the first production Leyland Nationals at the BMM’s Gaydon site on July 2.

First revealed at the Commercial Motor Show in London in September 1970, the Leyland National went into production at the new Lillyhall plant in Workington towards the end of 1971 in a joint venture between British Leyland and the stateowned National Bus Company in which NBC committed to take 500 of the singledeckers annually in the first years of production.

Out of ten dual-door 11.3m preproduction vehicles, four were supplied to NBC subsidiaries in 1972. The first into service was Cumberland 350 (ERM 35K) in March. London Country LN1, 2 (KPA 101/2K) and Sunderland District 1K (MCN 151K) followed soon after. None of these survives (the Sunderland District bus was lost to fire damage), but the tenth – ex-demonstrator FRM 499K – is in preservation.